Siquijor is known as the mystical island of the Philippines because of its reputation as home of witches, sorcerers, and magic and love potions. I actually grew up without seeing any travel photos and would often hear from the elders that I have to be kind to strangers because they might curse (“kulam”) me wth a voodoo doll from Siquijor.

A big thank you to travel blogs and the whole modern social media, I was able to see Siquijor in a new fresh perspective. I remember seeing Cambugahay Falls on Instagram and the pristine clear beaches on blogs. It was a beautiful town that must not be judge by its reputation at all! 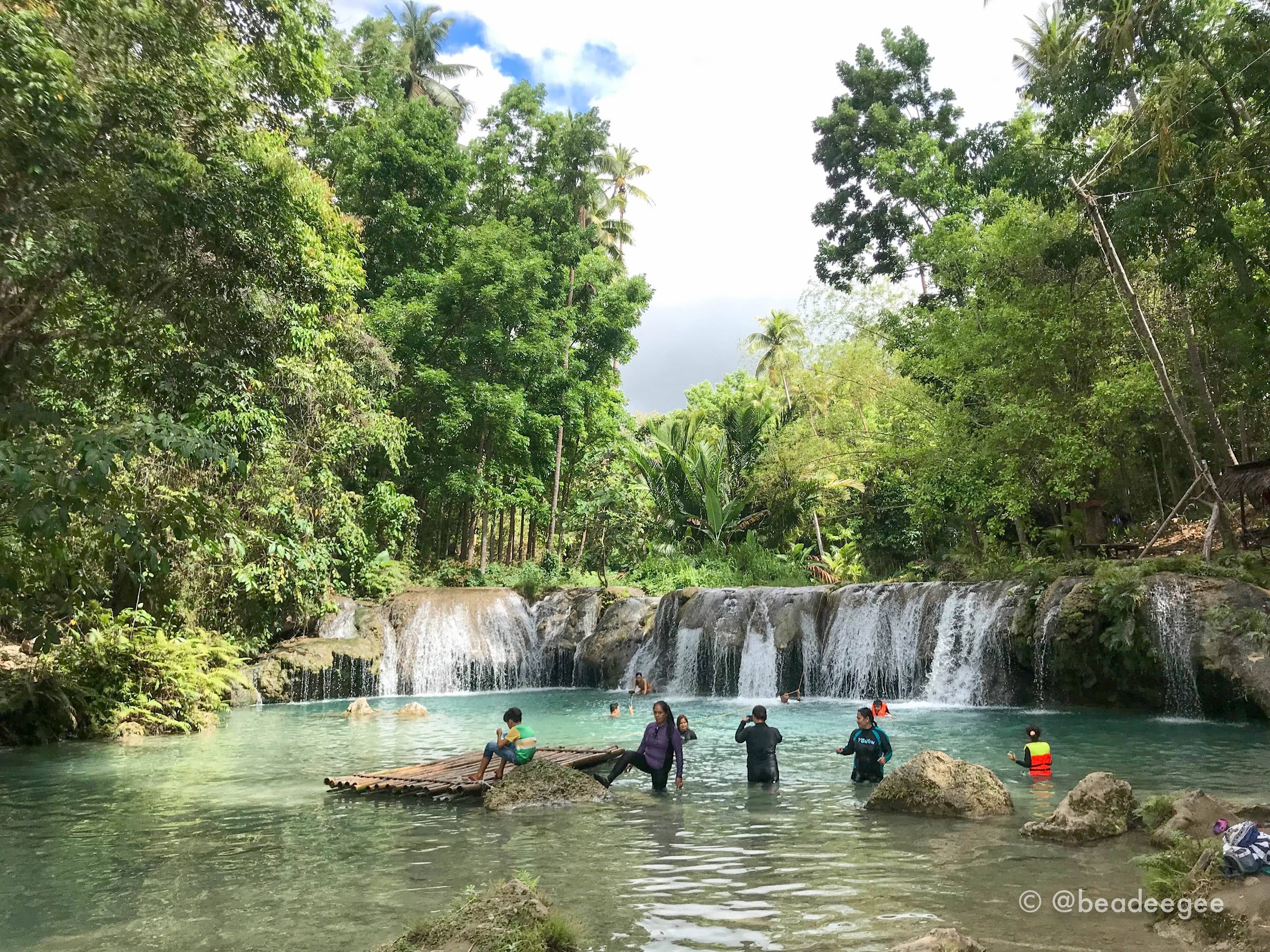 Siquijor Island is an island that is not quite in the tourism game yet due to the witchcraft myth surrounding it. So its tourism office decided to just embrace this reputation by introducing the Healing Festival where healers and witches show their powers; and adding a trip to a healer in the tourist’s itinerary.

Siquijor is the third smallest province in the Philippines with only 327 square kilometers land area. The province is between Negros and Cebu in the west, Bohol in the east and Zamboanga Norte in the south. Siquijor is predominately hilly thus the numerous cliff around.

Siquijor has two climates – wet and dry season mostly dependent on the tropical monsoon. Dry season starts at February until mid-May and wet season are the remaining months of June to January. It is best to go during the summer or dry season.

Under Municipal Order No 665, smoking is prohibited to the whole island of Siquijor. No one sells cigarettes in the island and the rule is strictly implemented.

There’s only 3 ATMs – Allied Bank, Metrobank & Landbank, in the whole Siquijor. It is advisable to bring cash before going to the island. P5,000 is already a lot of a 3 day stay here.

Most of the beach resorts are in San Juan, Siquijor which is where the nice beaches in the province are.

Most of the beach resorts offer food as well. There are also a lot of karenderyas around, and also a Jollibee fastfood branch in Siquijor town.

Motorcycles are the best and cheapest transportation vehicle in the island. You can even learn to ride one since there’s not much cars around too.

You can see the whole island just in a whole day but I advice you to spend the night so it will be not a very jampacked tour.

Siquijor doesn’t have any nightlife or parties. There are only beach resort with open mic nights where you can have some alcohol while chattin with friends or strangers. It is a laid back island.

Telecom and internet coverage are weak and almost close to none.

How to go to SiQUIJOR

There’s no direct flight from Manila to Siquijor province. The easiest and shortest possible route to Siquijor will be through Dumaguete. Philippine Airlines and Cebu Pacific offer daily flights to Dumaguete from Manila for around 5,000 PHP regular fare. 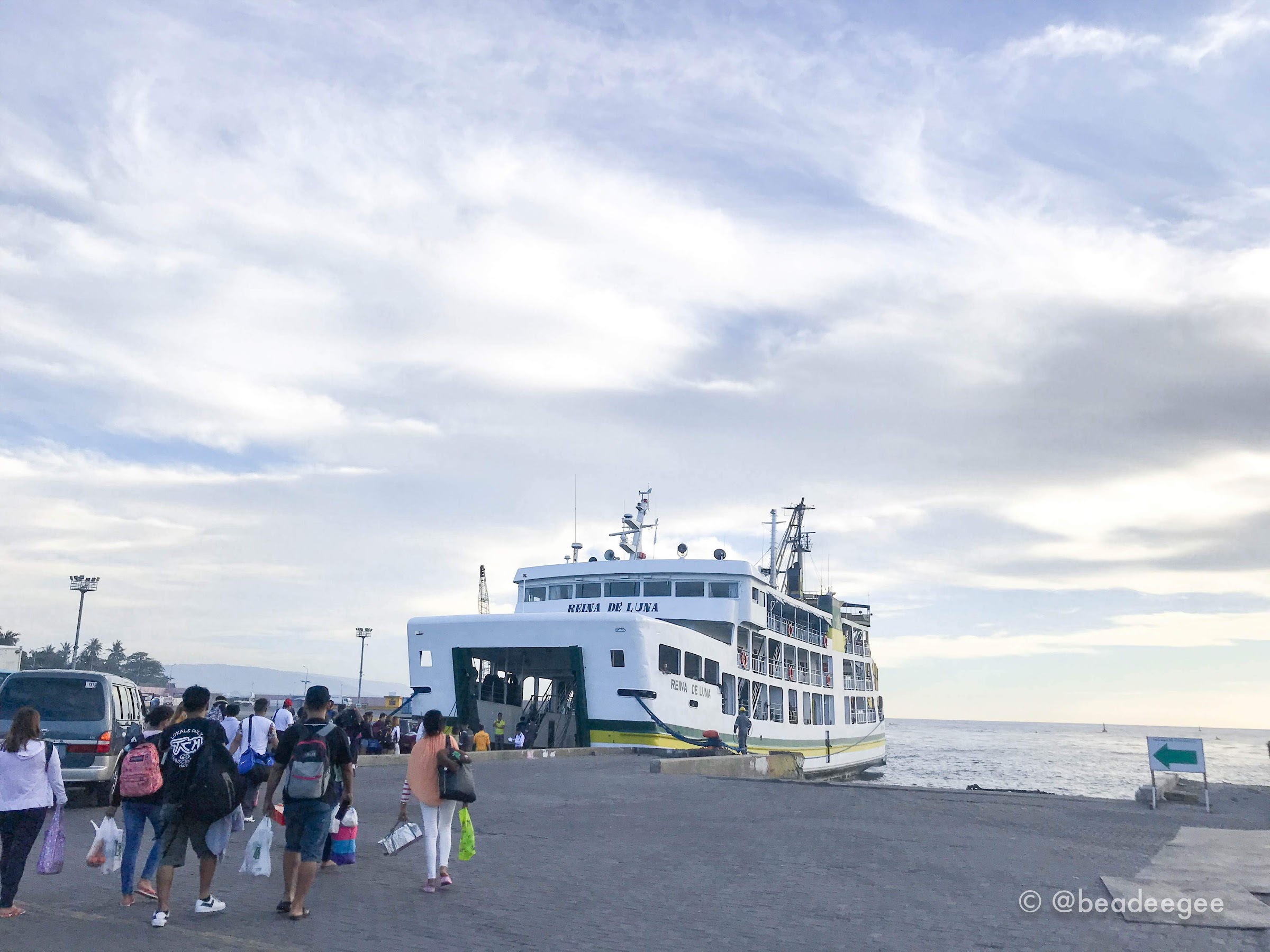 You can travel to Siquijor from its neighbor cities – Dumaguete, Cebu, Tagbiliaran, and Dapitan by sea. If dumaguete flights are not on sale, you can also check flights to these other cities where you can ride a roro to Siquijor as a side travel.

P.S. We took Montenegro Lines on our way to Siquijor and Oceanjet on going back to Dumaguete. I personally prefer the Montenegro because it is less shaky and bigger even though it is slower. The Oceanjet is faster but I tend to be seasick everytime I ride them. If you’re prone to motion sickness then the Oceanjet ride will be a challenge for you.

(all prices listed below are one-way fares)

From South Cebu Bus Terminal, ride a Ceres bus bound to Dumaguete City. From Dumaguete, ride a roro to Siquijor. This will take 7hrs depending on Cebu’s traffic.
Ceres bus + roro ride to DGT: P320
Oceanjet to Siquijor: P380

The number one and cheapest mode of transportation in Siquijor is by motorbike. 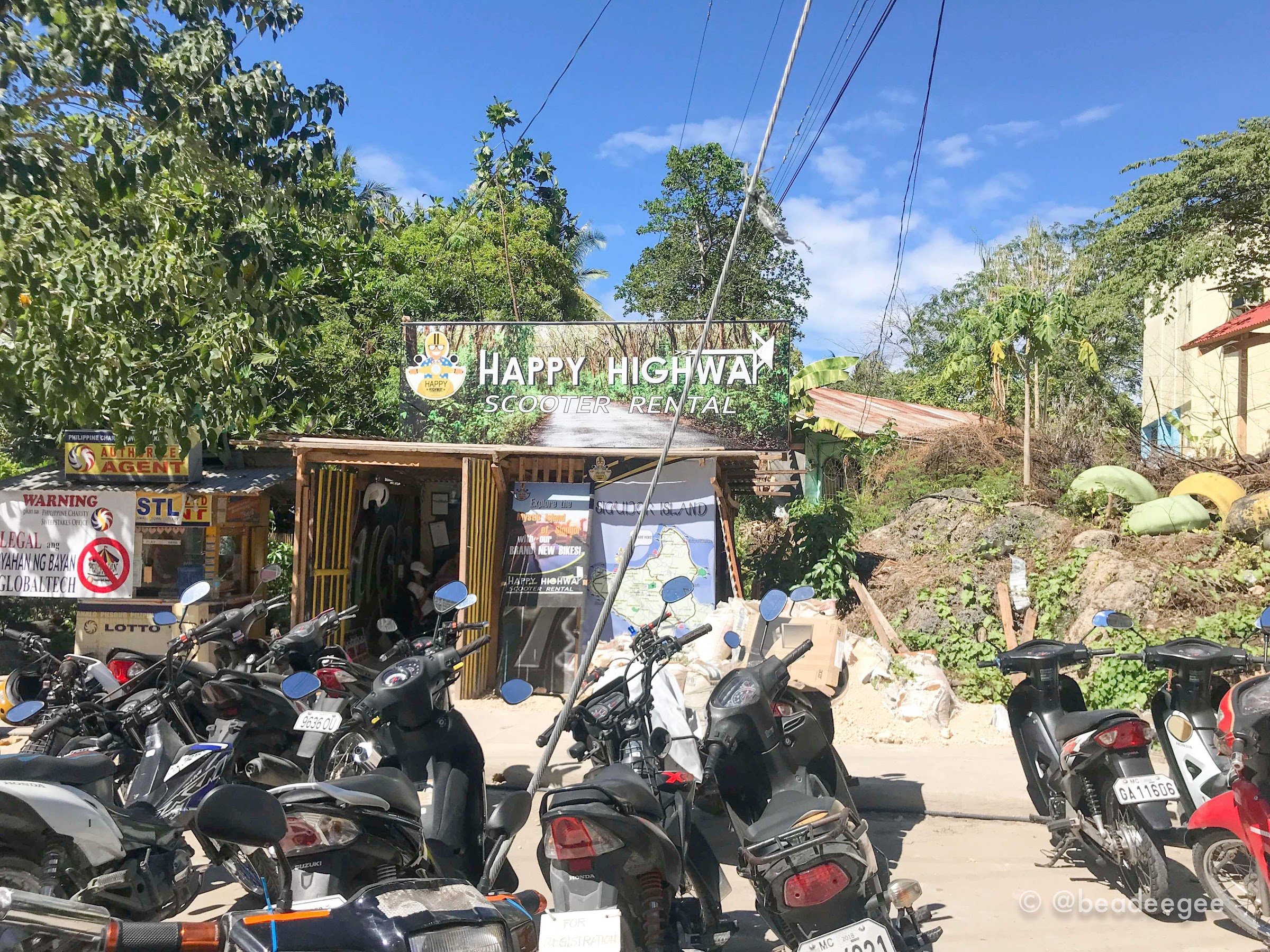 The cheapest way to roam the island is by renting motorcycles. There are multiple renting stores near the Siquijor port that only cost P300/day exclusive of gas.

If you are in a group of more than 3 people, a multi cab is suitable for you. Tour starts at P1,800 for a whole day tour. 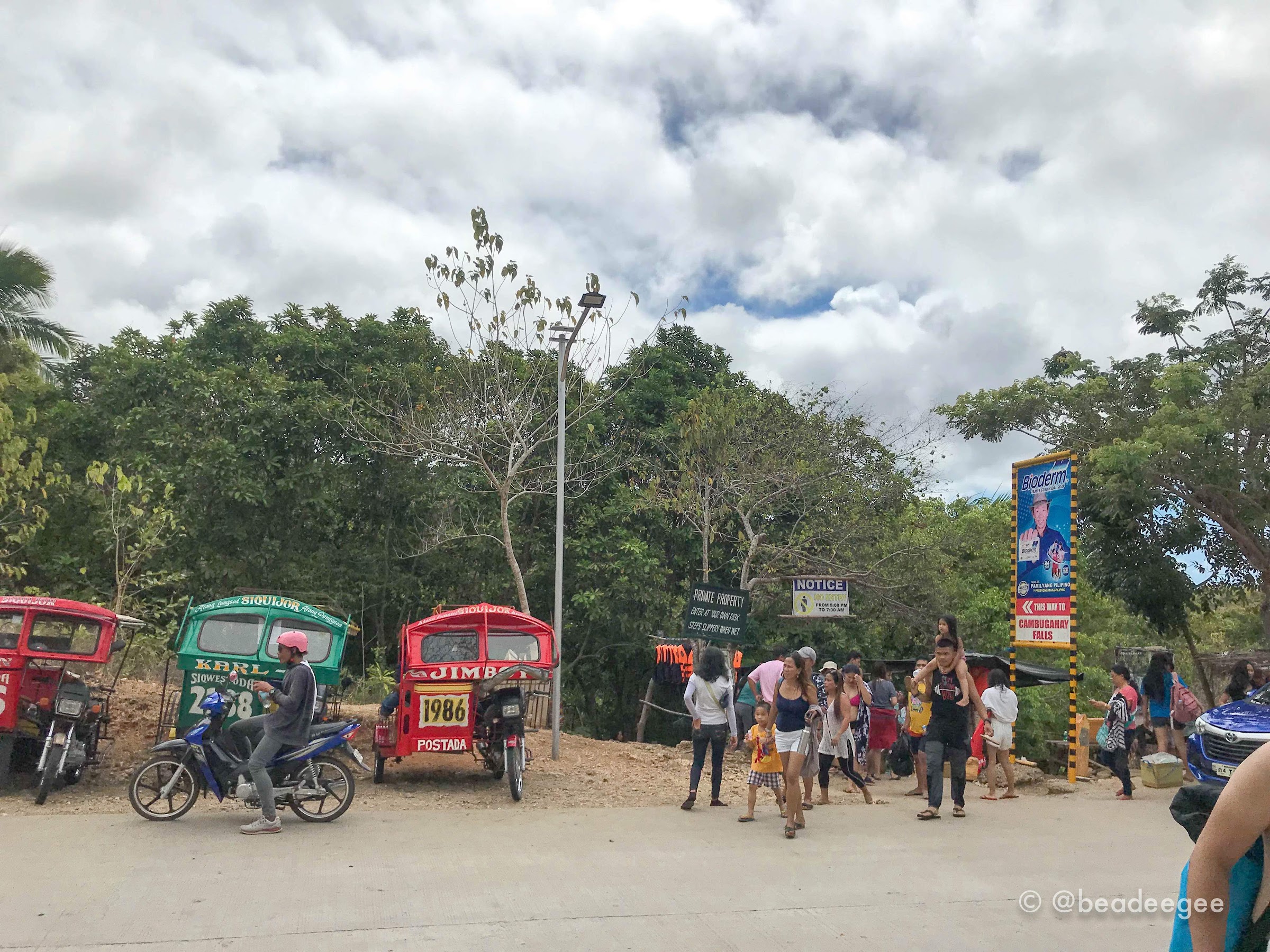 Second the cheapest will be renting a tricycle. From Siquijor Port, it only cost P50/trip to bring you to your beach resort in San Juan, Siquijor. They can also be rented for tours starting from P1,000 to P1,500 depending on the places you wanted to see. A tricycle can accommodate only up to 3 person.

If you’re into comfort and has more than 10 people in the group, it is better to rent a van. Tour starts at P2,500 and can reach until P3,000 depending on the hours and places you’ll visit.

Blue Wave Inn Beach Resort is located in Siquijor, Siquijor. It is a pretty yet affordable beach resort that is just near the town. Since we were 11 in the group, we rented the 2 deluxe room for 2,400PHP and superior room with ocean view for 2,700PHP. Those room are just good for 2 so we just added extra beds since the rooms are aleady wide enough. The room rate includes welcome drinks, use of amenities and breakfast.

What I love about this resort is their infinity pool. It is simple yet gorgeous. They also have this Kubo huts in the shore that during high tide, it is like a floating hut where you can sit or lie down to enjoy the sea.

Book them thru Agoda! 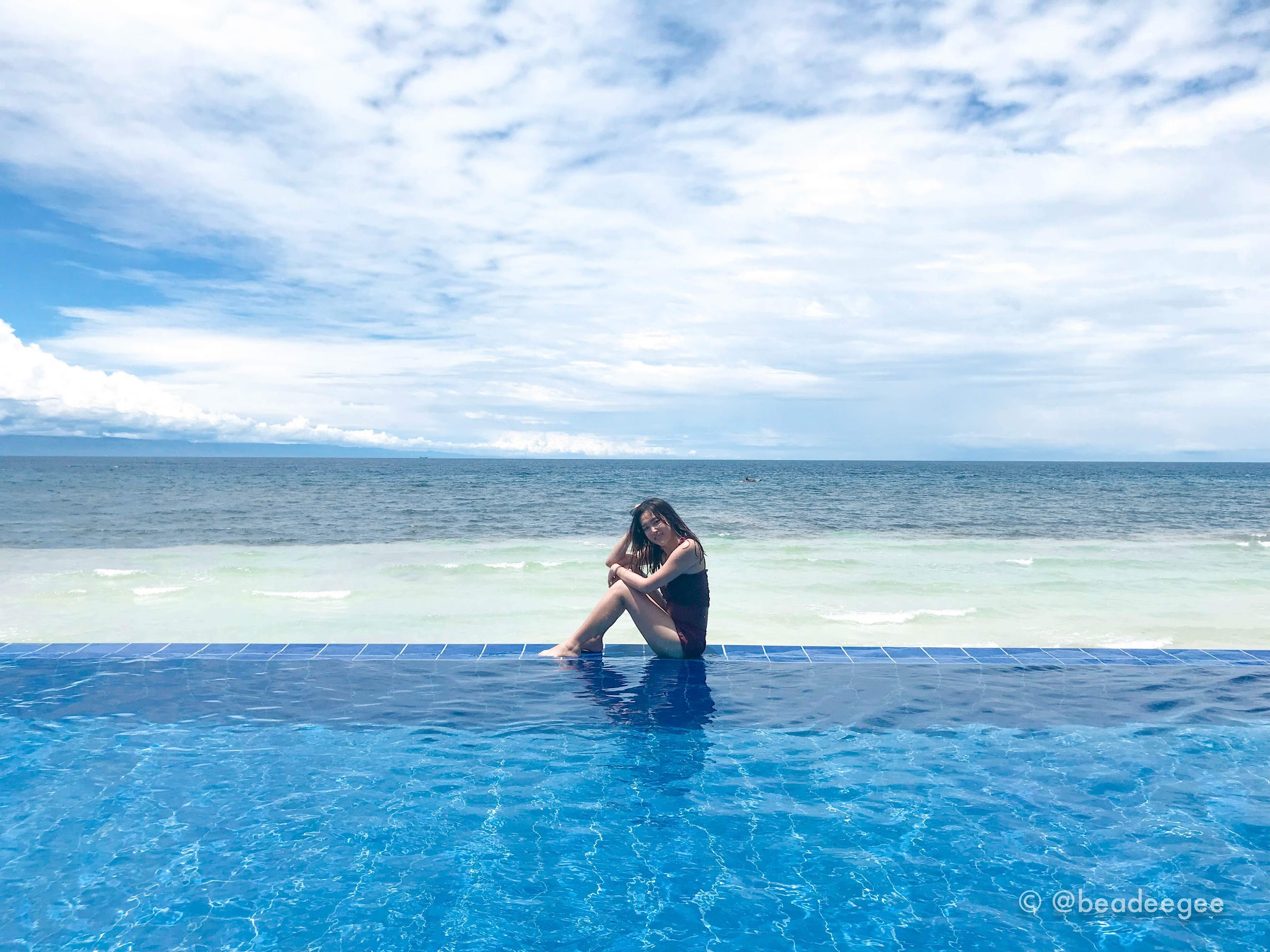 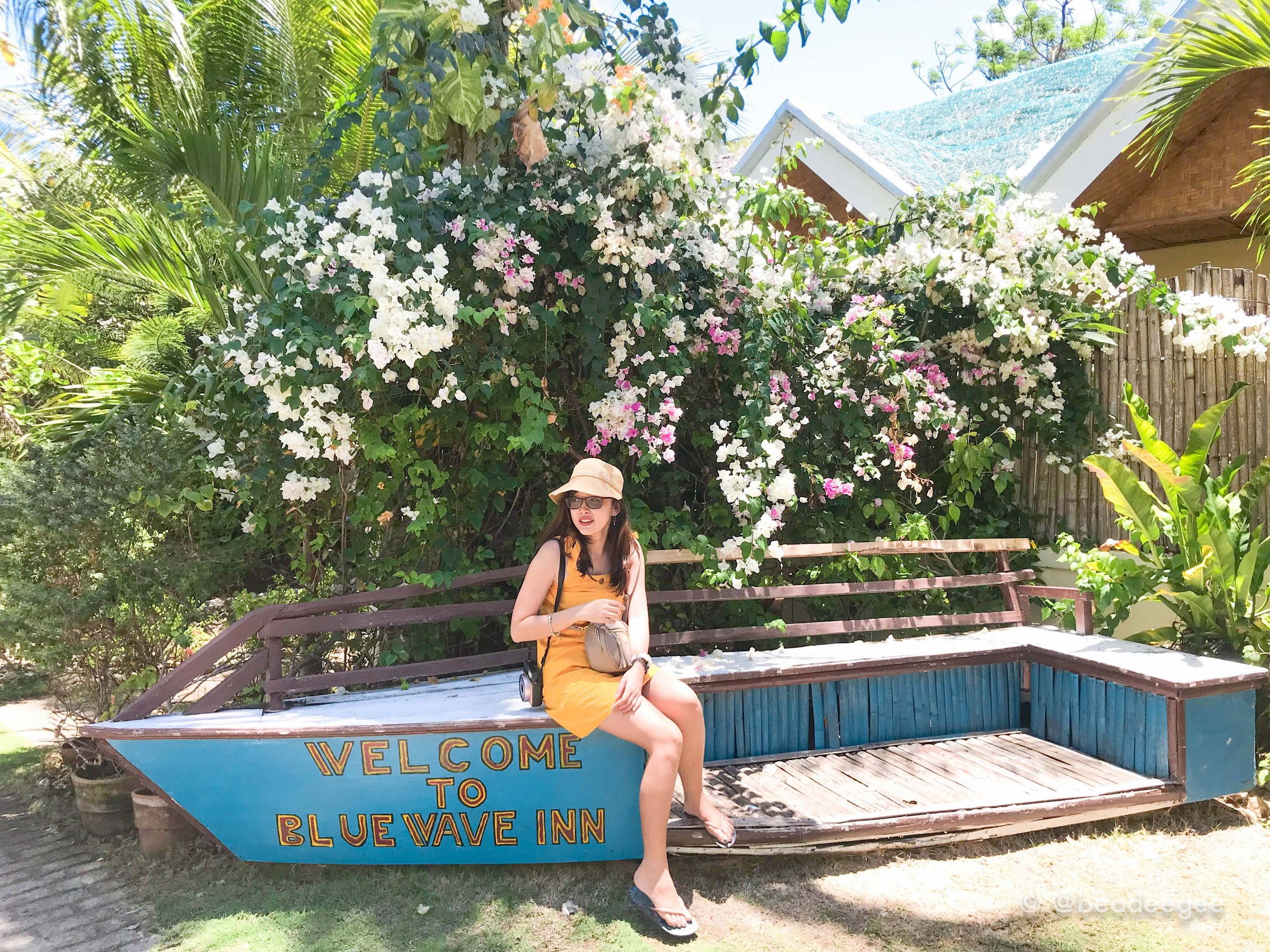 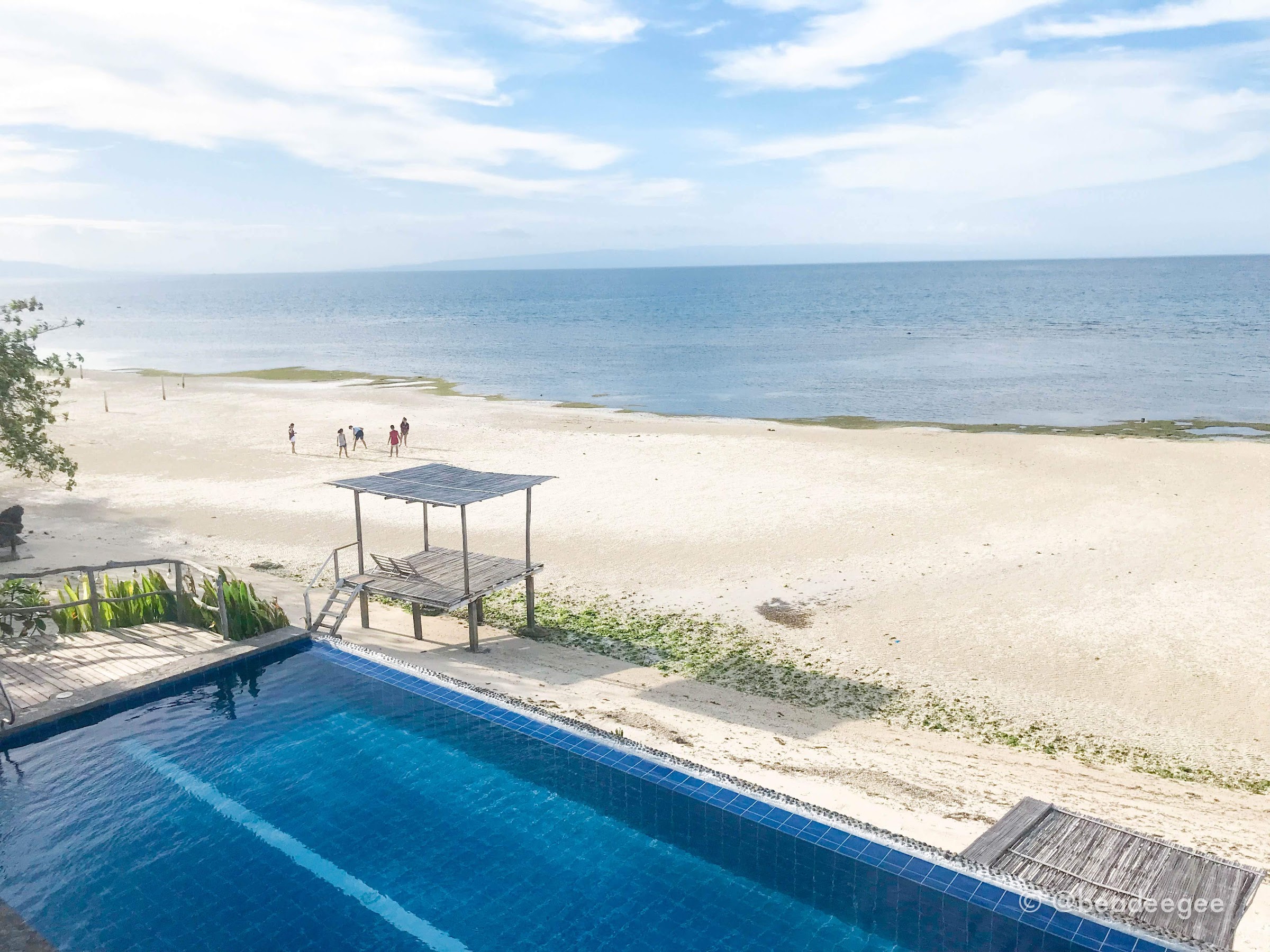 San Juan has the best place to stay in Siquijor. It is where the pristine beaches are. 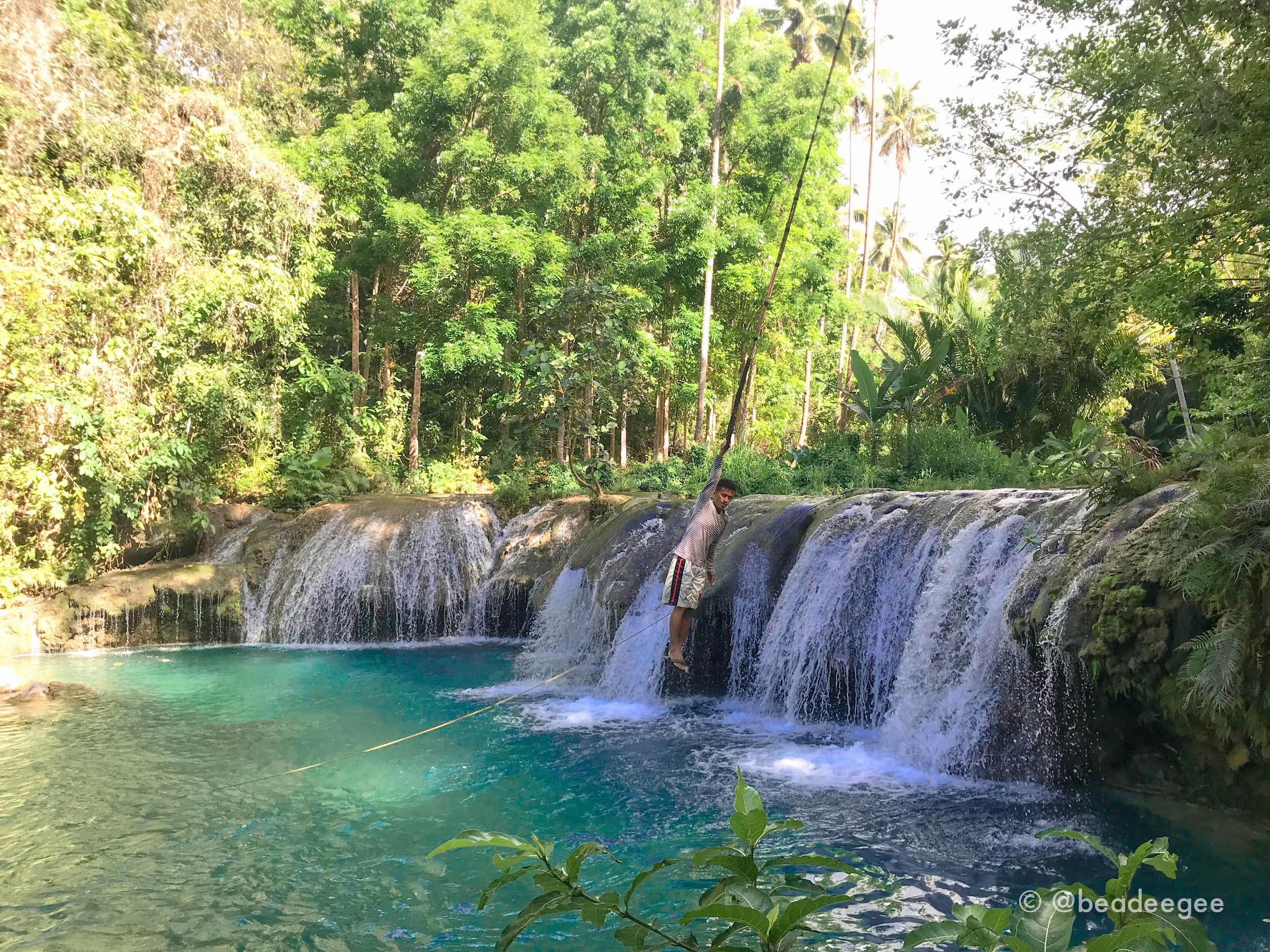 This Balete tree is believed to be 400 years old and what makes it different is that it has a fish spa around it.
Entrance fee: free

Capilay hot spring is a public man made pool but the water is a fresh water coming from the hills nearby. 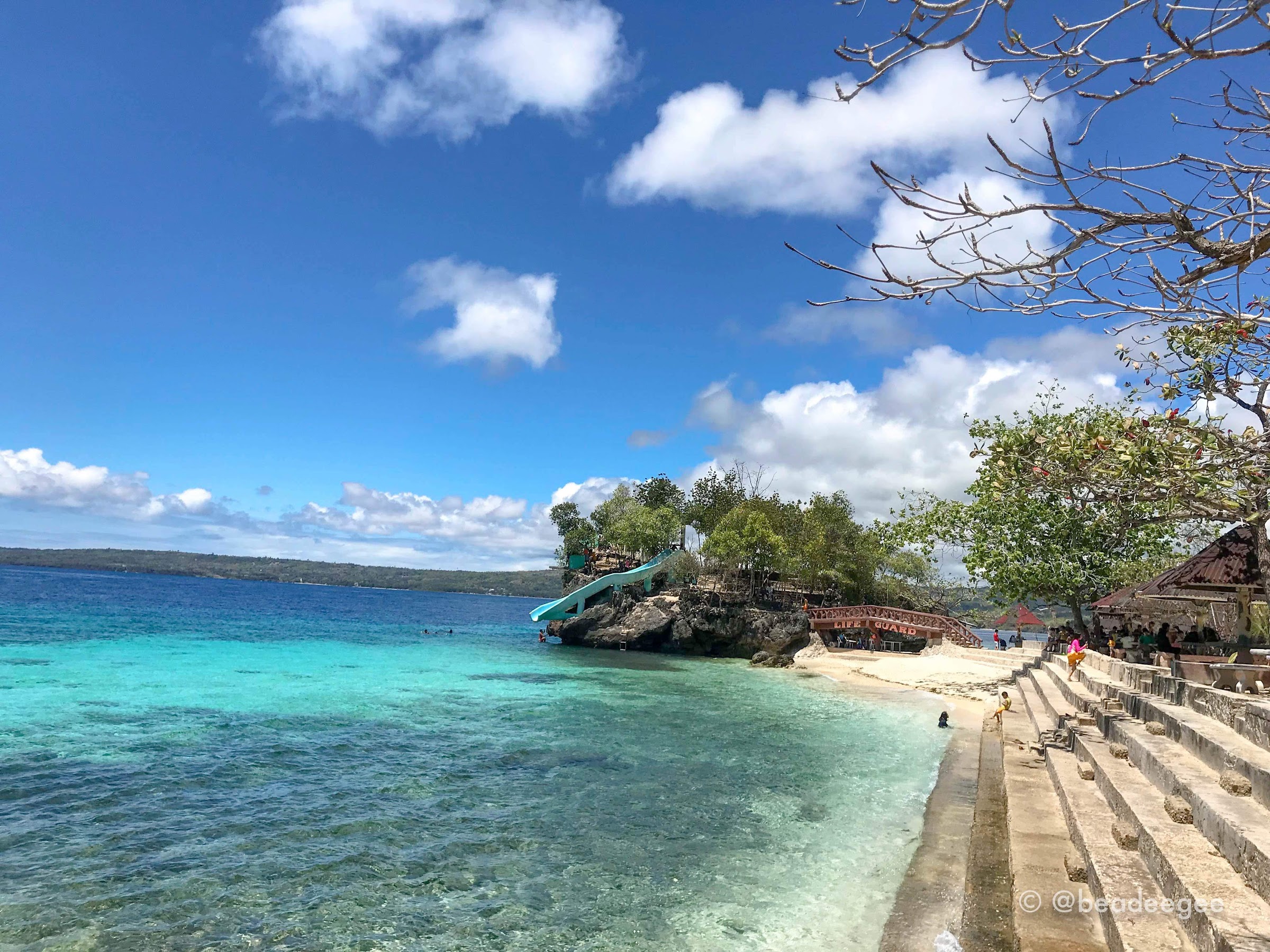 Salagdoong Beach is famous for its cliff diving. It has a 20 and 30 ft cliff diving for the adrenaline junkies.
Entrance fee: 75 PHP

Lazi Convent is known as the biggest convent in the country since the 80s but it is now a museum. Across it is the Lazi Church which is a national historic shrine.
Entrance fee: free 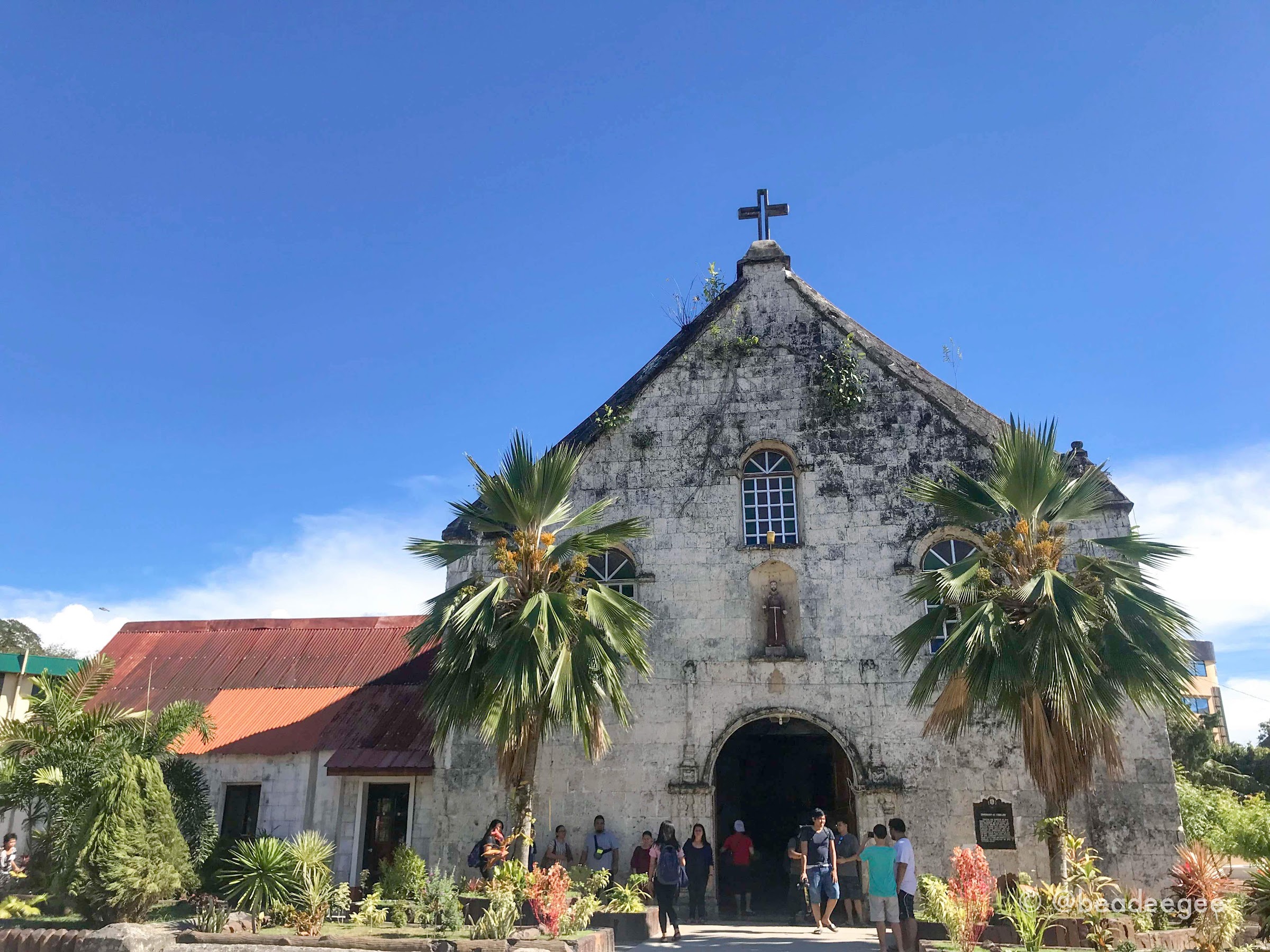 St. Francis de Assisi Church is just a walk from Siquijor port. Across from it is the famous Welcome to Siquijor sign. 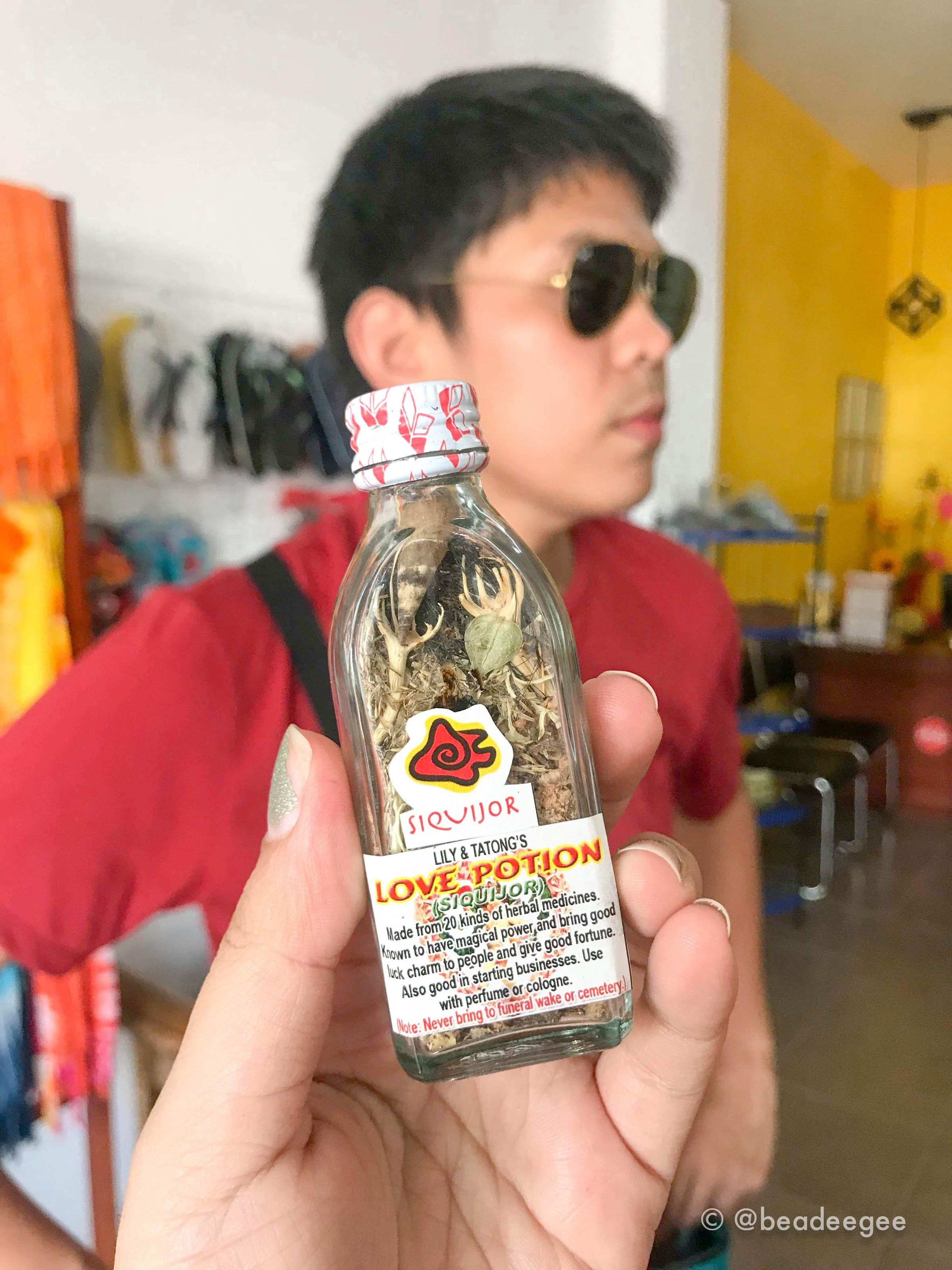 There are faith healing tours offered in town of Siquijor. You’ll be brought to Siquijor’s healers and shamans to experience their rituals. You’ll also be amazed and intrigued with their magic and love potions (around P300) sell around. 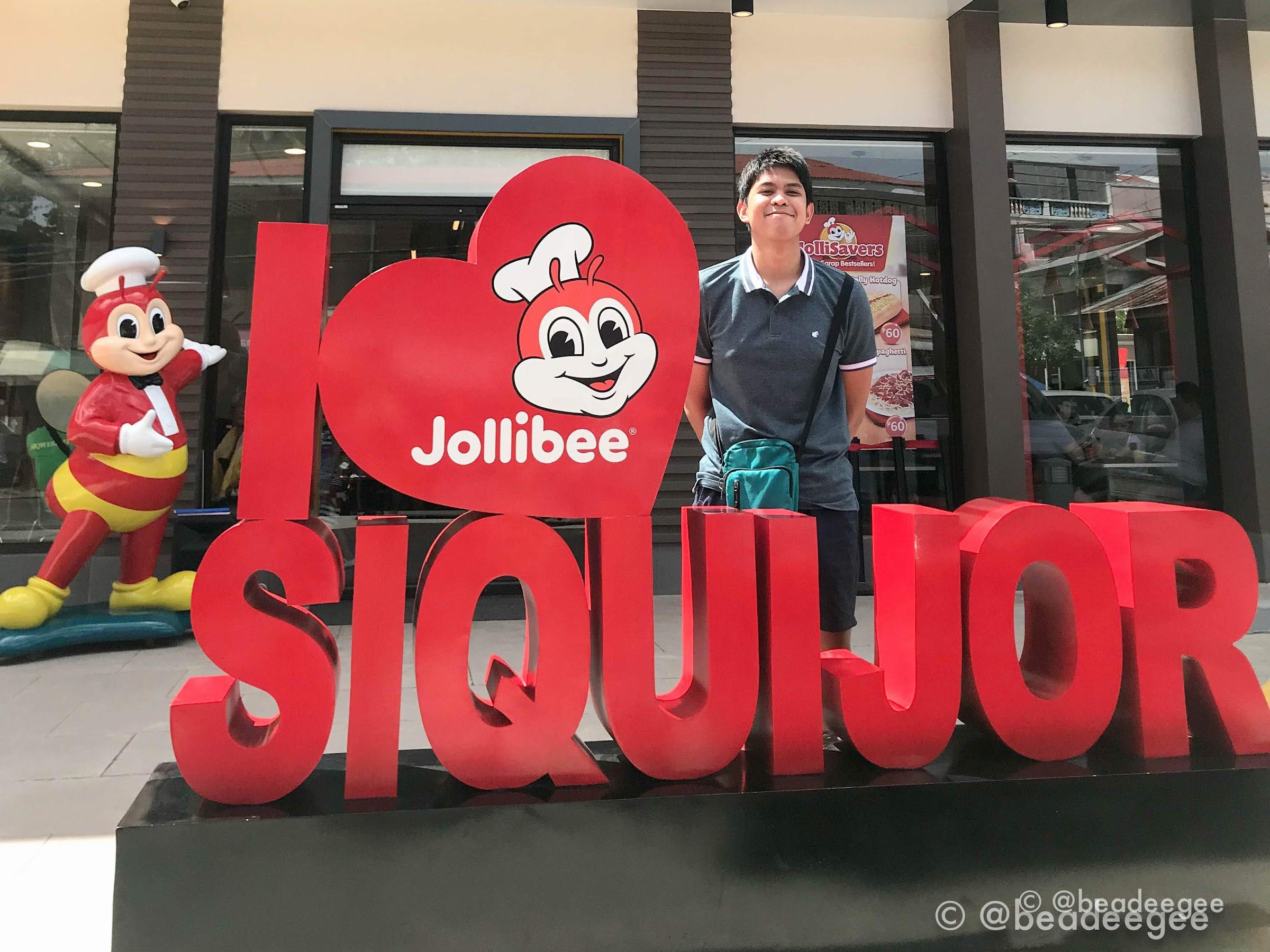 Jollibee Siquijor Town
The first ever Jollibee branch is Siquijor just open in Siquijor town. This is the only fastfood chain in the island. 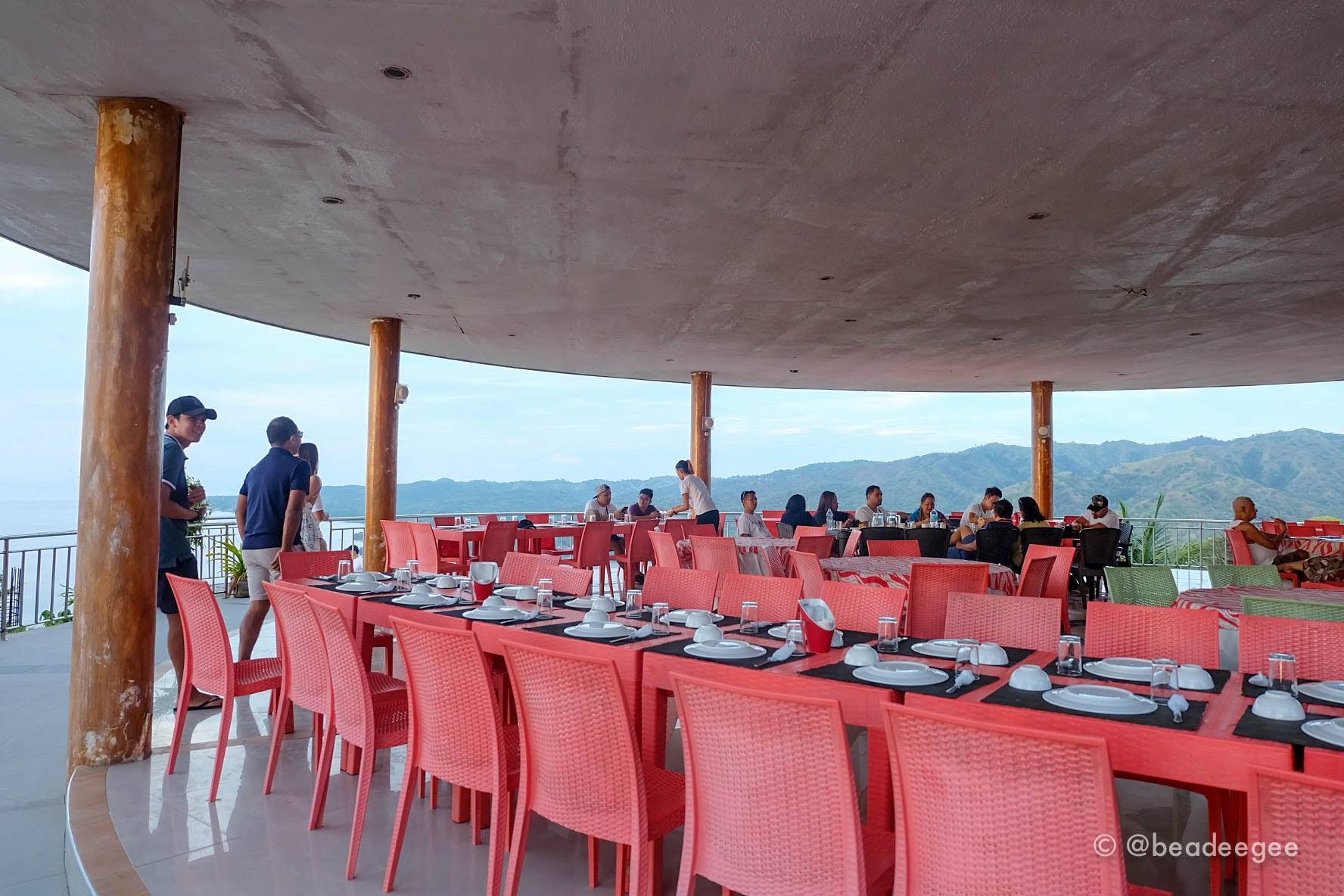