Exploring Osaka in one day

We decided to start our #JAPANtasy trip in Osaka. Arriving at Narita Airport, we took the Narita Express and the 3 hour shinkansen ride (both included in our JR Pass) and arrived around noon to Shin-Osaka Station. Osaka is more of food explorations, thus named as Japan’s Food Capital, but we focused more on the tourists spots. (Why not? The views are enough to fill our tummies as well. Chos. Food is love. heart heart)

HOW TO GO TO OSAKA

You can read my previous post Japan: Airfare, Visa, Budget & Travel Guide for some basic things you need to know before going to Osaka, or basically Japan.

via plane: Book a flight to Osaka, with Kansai International Airport as your main arrival point.

via train: Book a Tokaido Shinkansen (Nozomi/ Hikari/ Kodama) of JR Railway. This shinkansen connects Tokyo, Nagoya, Osaka, Hiroshima and Hataka. Tokyo to Osaka one way costs P6000+. (Pricey but it’s included in the JR Pass) You can see the prices here.

via bus: Willer Express offers an overnight bus from different regions of Japan. Tokyo to Osaka one way costs 2,500 pesos to 5,500 pesos depends on the bus. (Mas soshal mas mahal)

Shinkansens are what Japanese bullet trains called. With its speed of 320kph, it can connect most of major cities of the country to Tokyo in 2-5 hours. We took the Tokaido Shinkansen that connects Tokyo, Nagoya, Osaka and Hiroshima. All information you need to know about shinkansens are here.

We were warned that trains in Japan are never late. Experiencing it first hand, I’ll say it too, do not practice filipino time! If the time board says your train leaves at 9:04AM, it will arrived at around 8:55AM and leave exactly at 9:04AM. I had a great 3 hour transit for the seats are comfortable, with built-in tables if you want to eat, and spacious leg room. It may be running at 250kph but I didn’t felt nauseous at all. (well except if I focus on the window view shifting so fast) And you shouldn’t miss it’s automatic toilet!

Osaka doesn’t have a lot of tourist spots and Osaka Castle is probably the famous one. Osaka Castle is a typical Japanese castle in green and white standing tall at the end of the park. If you’ll be exiting in Osakajokoen Station, as we did, you’ll enter the rear gate and need to cross a bridge to the castle. Later did I know that Japanese castles before are for emperors and serves as military guard defense thus the water surrounding it. (ooooh, new knowledge!) Now, Osaka Castle and Park is an oasis in the middle of a busy city.

Arriving 2 weeks late for sakura season, Osaka Castle is a screaming green place already and had no traces of even one cherry blossom. There’s nothing much to do but to walk and take pictures in the park. You can go inside the castle tower for 600 yen (approx 300 pesos) that are already renovated to be a museum of history. We didn’t and just decided to stick to the beautiful park.

Best to do in this place? Go during lunchtime and have a picnic in the park overlooking the Osaka Castle. Additional points if you’re going during the sakura season for they have 600 cherry blossom trees around. (but prepare for the other thousands of tourist haha)

UNDER THE UMEDA SKY BUILDING

Umeda Sky Building is a pair of skyscrapers connected by a bridge on top known as the Floating Garden Observatory. In the observatory, you can see a 360 degrees view of the cityscape of Osaka. We didn’t go up because it is quite pricey for 1000 yen. (approx. 500 pesos) We got lost at Osaka Station and asked a local for directions. She even advised us not to go up for it is cloudy so the view is not that good. P.S When talking to a local, prepare photos, maps, and your charades skills.

Best to do in this place? Go up the observatory to have a bird’s view of the city. Just make sure the sun is out.

Osaka is the city for Japanese food lovers and Dotonbori is the exact street in the city to unleash your foodie self. You’ll never miss Dotonbori because of the bright huge billboards along the Dotonbori River. And of course, we didn’t miss the opportunity to pose with the famous Running Man. (Go fight for your photo spot in the Ebisubashi bridge!!) As they say, you’ve never been to Dotonbori if you don’t have a photo with the Glico Man. If you’re a fan of Pocky, you should thank Glico.

From all the walking we did that day, we deserve an authentic Japanese dinner. But with all the gigantic mechanical food display, neon lights and delicious aroma from all the restaurants, it’s hard to decide what to eat. Okonomiyaki, Takoyaki, Ramen, Gyoza, Tonkatsu, Udon, sushi, sashimi, name it and surely this gourmet street have it. There are so many restaurants to pick from and most of their menu and prices are already in a display outside. We settled for an affordable restaurant in Japanese characters and ordered ramen (in half). I tried their okonomiyaki the night after and IT.MUST.NOT.BE.MISSED!!

BEST TO DO IN THIS PLACE? Just freaking eat everything you can see and you can buy. (ESP. Okonomiyaki and Takoyaki) And oh, go try Tombori River Cruise in the Dotonbori River for 20 minutes for 900 Yen.

Other places to see in Osaka: Universal Studios (blogging this next so stay tuned), HEP Five, Osaka Museum of Housing and Living, Osaka Zoo (for the kids), Osaka Aquarium.

Have you been to Osaka or planning to go soon? We can share notes below the comment box. 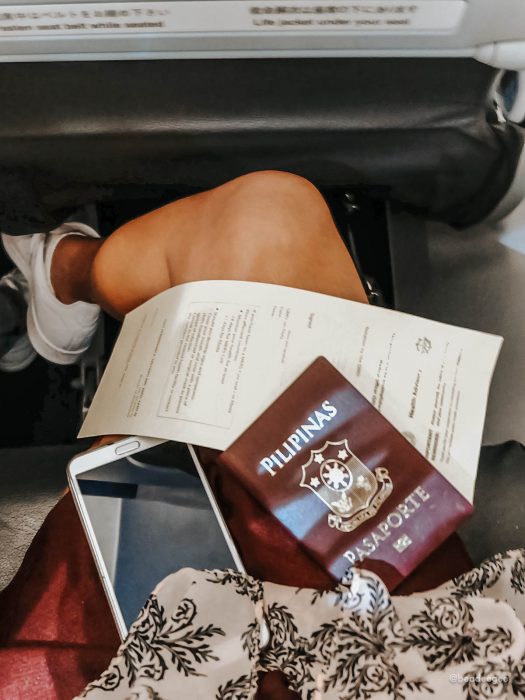 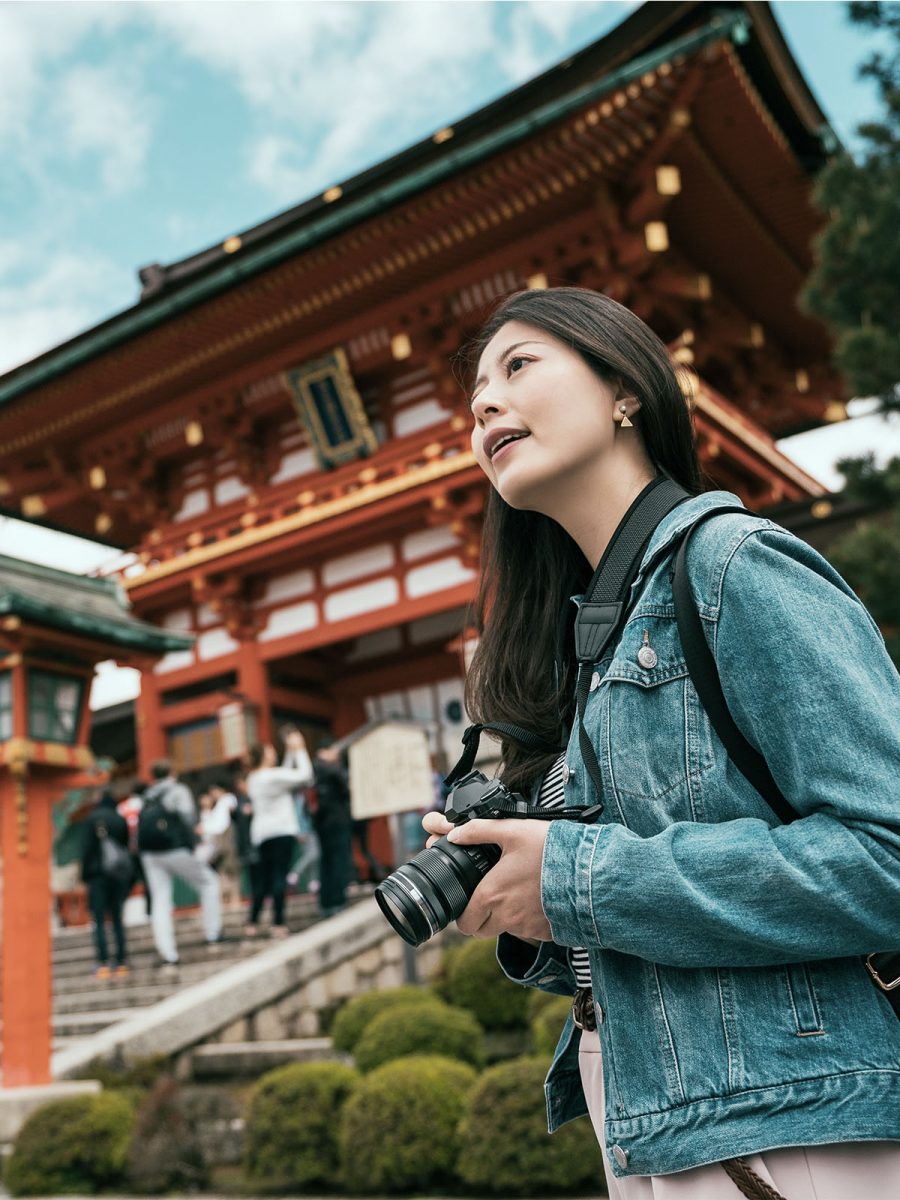 How To Make The Most Of Your First Trip In Japan 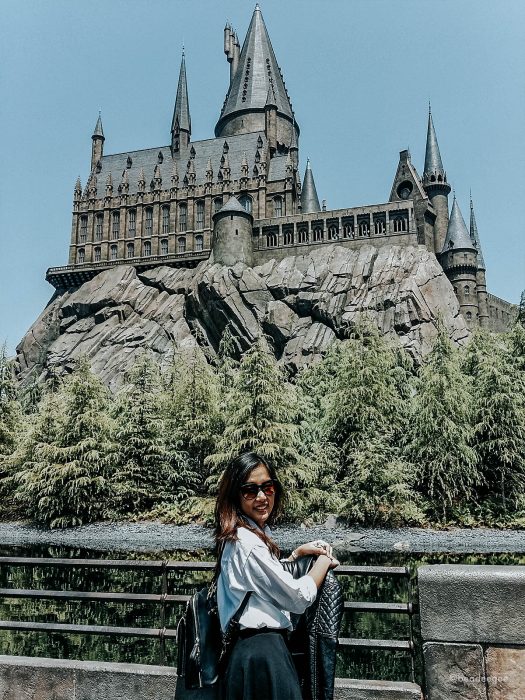