Namsan Tower Date Night: My own Kdrama moment out of screen

Namsan Tower, or the N Seoul Tower, is one of the tourist destination in Seoul that I’m extra excited to bring my boyfriend to. Who wouldn’t even? I wanted to have my own Kdrama scene in the most romantic place in Seoul – the cliché love locks while looking over the city of Seoul and being giddy throughout the night because everything seems dreamy.

My Family Backing Out

We were supposed to end our Korea trip in Namsan Tower. Our flight is still at 2AM and we ended our hanbok experience in Gyeongbokgung Palace and Insadong stroll at around 7PM. We still have time to ride a bus and visit the tower but one by one they backed out, saying they’re tired and just wanted to kill time in Seoul Station.

It was easy to just go with their decision to call it a night already since like all of them, my feet and back are killing me already as well. But if you know me, I’m never the passive girl in regards of travel (or also maybe in life). This girl gets what it wants.

So I told my parents, Paul and I are still going and will be back before 9PM just in time for the train to the airport. I was quite surprise that they agreed to let me since despite being the family’s responsible travel guide every time, they still don’t like for me to wander off without them. But I discovered something new this past months, my mom will usually let me go as long as she knew I’m with Paul.

Navigating Our Way to Namsan Tower

Direction is something I’m better than Paul. I was never scared to navigate on foreign streets and, actually, excites me more. Going to Namsan Tower will be as easy as pie if only I purchased a SIM card or pocket WiFi. I knew from all my web researches before that there’s a bus that goes directly to Namsan Tower from Seoul Station. But I can’t remember the bus number and on what exit was the bus stop.

So we, the brave tourists without internet, asked the tourist information center in Seoul Station for directions. He told me that there’s no direct bus going to Namsan Tower and that we have to take the subway to Myeongdong and wait for the Namsam Shuttle No. 05 in Exit 3. So that’s what we did, not knowing he was wrong on a lot of things.

At Myeongdong Exit 3, we struggled. We can’t find the Namsan Shuttle No. 5 bus stop. We walked back and forth between Exit 3 and 2 (the tourist center gave us a photo of the bus stop between this exits) multiple times and already asked around. Language barrier is still evident and I’m starting to get tired. I’m this close of telling Paul, “Let’s go back na lang?” but instead told him, “Lakarin na lang natin tong street na to until Exit 4. If wala, let’s go back?”

I don’t want to end my Korea trip sad so like all the Korean couples around, I put my right hand inside his coat pocket, along with his left hand, and smiled at him.

“We can always go back someday, love,” cherishing this moment because at least we had a Seoul moment.

Then, he pulled out both our hands from his pocket and dragged me a little close to the street. “Ayun, Bus No. 5 oh,” he pointed. And yes, there it was. It was third on the queue on a bus stop just across the Myeongdong Street entrance. It was never between Exit 3 and 2, it is between Exit 3 and 4.

We waited for Bus No. 5 on the bus stop smiling and feeling lucky.

The bus ride took 20 minutes but was nice since we were able to see a part of Seoul that we didn’t. We shared the bus with another couple, who is a lot more affectionate publicly than us, until we stopped by Dongguk University where a group of multiracial students hopped. Atlast, some English conversation that we can eavesdrop.

We all went down to Namsan Tower bus stop and it was freezing! I mean, I should not be surprised since it is on top of Namsan mountain. But I was surprised on how dark and empty this place can be on a winter night. The lamp lights are the only source of light in the area and I’m actually thankful that we are with the big group of Univ students from the bus because it’s starting to feel like I’m in the Kingdom Netflix series (my zombie hangover is real). We walked a few meters uphill until we reached the base of the tower.

Unsuprisingly, my body was fine (maybe from all the adrenaline of what’s happening) in a almost 0 degree celcius plus the wind. Paul, however, was not. We stayed for a moment inside for some heat.

Since I’ve been here before in 2015, I led him in the viewing deck where I previously locked our lovelocks. He was amazed by the view of the city above and so am I. It was my first time seeing it at night and it was gorgeous. The view deck, as well, is romantic since we were only sharing it with a Chinese family.

I brought out the big and sturdy lock we bought from Manila to leave behind. Paul wanted to lock it directly on the metal fence than locking it with someone’s lovelock so we search for a spot that is not overcrowded. It took us some time and a little pulling and rearranging of other lovelocks (seriously, these lovelocks sold around are pretty to look at but it so easy to open and pricey) to be able to have ours directly in the metal fence. We were giddy with our little crime and it felt like we were on our own love bubble.

We threw the keys in the mountain and looked at the city again. I still can’t believe that I was able to go back here with him. It felt like a dream because I can remember how I told him in 2015 that someday he has to do this cheesy lovelock thing with me.

I wanted to but we knew both, after all like-this moments through the years that we wanted to stop time, that this lovely short moment has to end.

We asked the Chinese family to take a photo of us in one of the love chairs around to keep this sweet memory. And just took a selfie with the tower since we knew that the Chinese family won’t be able to get the photo we wanted without lying down the floor. Then, we started to walk back, with a 20% heavy heart but 80% thankful heart.

On our way to the bus stop, we saw this self-service photobooth that I’m bugging him to try in Hongdae. We still have some Korean won to spare so he agreed to try it. Inside, we were just laughing how stupid we were with this machine that our photos ended up to have that weird (and ugly) Namsan Tower background. It was not Instagram-worthy but I’m excited to hang it on my room.

We reached the bus stop and exchanged some pleseantries with some fellow Filipinos waiting. I was looking at the English version of the bus routes of the Namsan Shuttle buses when I saw that there a Bus No. 03 that goes directly to Seoul Station. I knew it, my research has never failed me. We waited for that bus while blowing and rubbing each others’ hands.

This 2 hours lovely date is like my own Kdrama pulled out directly in the TV screen. I can’t thank God enough for all the outpouring blessings to afford this trip and, of course, for giving me a spontaneous partner who never says no to all my adventures. It was my favorite Seoul memory of us and I can’t wait for more.

OR HAVE BEEN ALREADY? 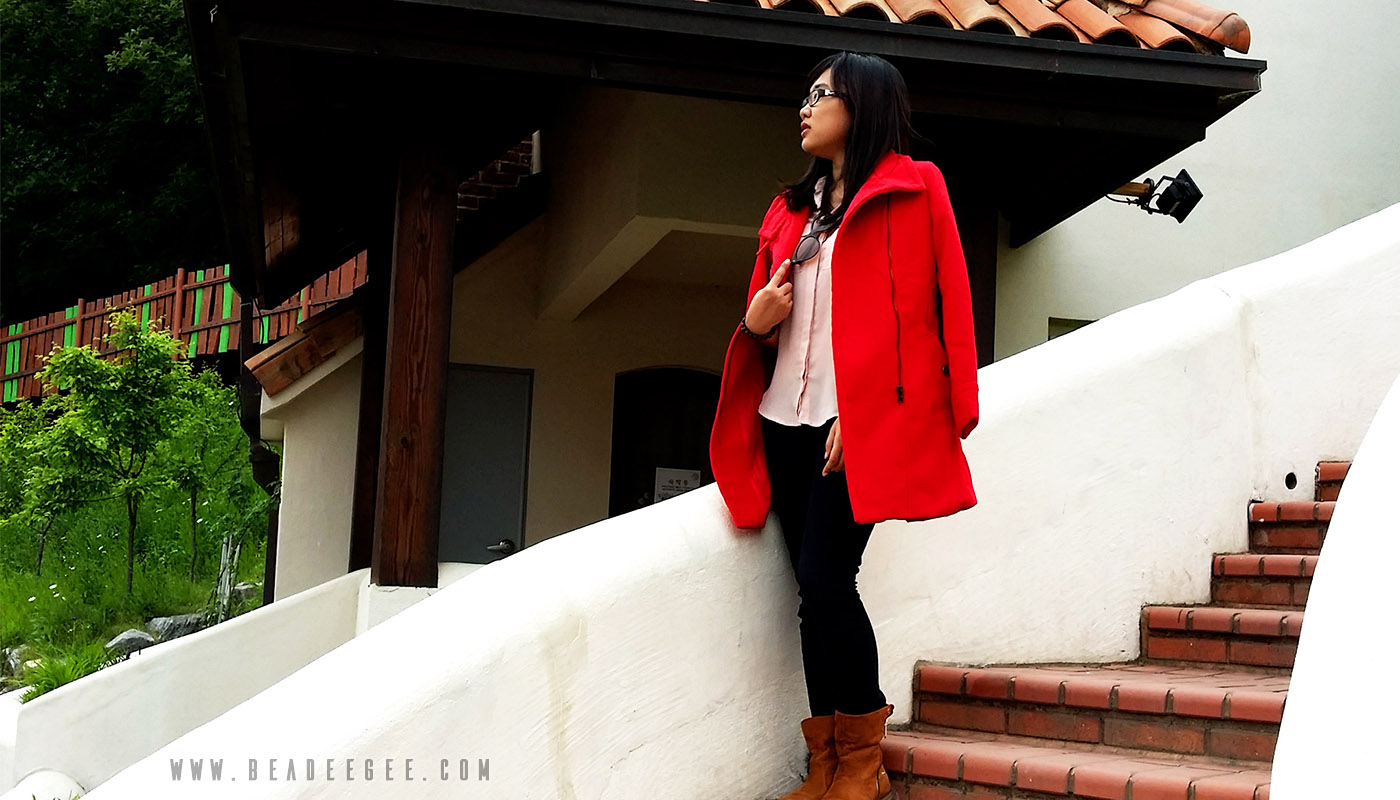 Hi I’m Bea. A corporate wandering soul working her ass off for travels and adventures. (and blog it after here!) Currently, a registered engineer and travel blogger based in Manila, PH. ♥

See all the places I’ve been HERE!!