Cu Chi Tunnel Tour with Klook: What is it like to be in Vietnam War

3 years ago
Bea
Destination
No Comments

Cu Chi Tunnel is I think the best place in Vietnam to go if you wanted to learn and understand the Vietnam War. Traveling to Ho Chi Minh City, we knew from the start that there’s not much activities or infrastructure to see but that we are going mostly because of its culture and war history for my dad. My daddy loves war, and by that, I mean, he loves knowing the history of it, watching documentaries about it, and watching war movies. Me? Not so much, but I do love learning, so here I am.

We booked our Chu Chi Tunnel Tour with Klook. We decided to have a tour instead because Cu Chi Tunnel is 1.5 hours away from Ho Chi Minh City, depending on the traffic, and their local transportation is not as efficient and advance as the other countries’. I want to save myself from the hassle DIY commute with my parents, so despite being the DIY travel girl I’ve always been, I seek help to Klook.

On the day of our tour, we went to the meeting place, 220 De Tham Street, before 7:30 AM. It’s a beautiful street with lots of shops and food. You’ll easily spot the Klook office since its the most crowded one and the one in front of Starbucks. Turned out, almost all Ho Chi Minh tours meet-ups are set here. We waited for our tour guide to call us and ushered us to our tour bus. Waiting time almost took us an hour.

We stopped by the shooting range first. This for the people on the tour who wanted to experience shooting with military guns. One bullet cost around 125 PHP each. My dad loved this place that he went inside the range to watch the shooters while my mom and I were in the watching area above the range. After maybe 5 minutes, I asked my mom to return to the bus since I’m not good with loud noises. I’m afraid of sounds like this – fireworks, thunder, guns.

After the shooting range, we stopped by a stopover for some restroom and food break. The place has some bread and fruit shakes but no rice meals for lunch. Good thing we had a heavy meal for breakfast. Beside the stopover was a handicraft shop that employs Agent Orange victims.

I’ve known about Agent Orange back in the War Remnant Museum in Ho Chi Minh City. Agent Orange was a powerful herbicide that the US forces used in the Vietnam War. It was to eliminate the forest covers of the Viet Cong but along with that causes defects, cancer and severe psychological and neurological problems. Looking at the victims’ photos in the museum was so heartbreaking that I decided to skip most of it.

The victims of the Agent Orange are still evident in Vietnam until now, and most of them are disabled and have no means to support themselves. So this handicraft shop is one way to help them. They make most of the eggshells arts. I know tour groups are mandatory to stop on overpriced souvenir shops, but this one is fine with me, no hard selling and still more learning.

We started our Cu Chi Tunnel tour with the do’s and don’ts inside. Our tour guide Pan was energetic and had excellent English. We passed by the bomb craters and bomb cases first as he discussed Vietnam War facts and how the US forces & South Vietnamese tried to bring down the Viet Cong guerillas (the North Vietnamese)

Near the bomb crater, there’s a small auditorium where we watched how the Viet Cong managed to win the war in Cu Chi using these underground tunnels. Cu Chi Tunnels housed troops, used in transporting communications and supplies, and used to lay booby traps and mount surprise attacks. You’ll admire how smart and resourceful they were.

After the video presentation, we got to see and experience first hand how it is inside the tunnel. Pan led us more deeply in the forest, to the different Cu Chi tunnels that were open for tourists. The first tunnels were tourist-friendly. It has stairs in the entrance and exit, and the tunnels are somehow wide enough.

But the second set of tunnels were somehow close to reality. The entrance was just a tiny square hole in the ground. With just looking it, I got somehow claustrophobic. Pan demonstrated how the guerrillas enter this little hole, they jump inside the hole with the square cover with leaves above their head, closing the gap as they crawl underground. Pan encourages everyone to try it after, and he showed a western size hole a few feet from the “Asian size”. It turned out the original entrance holes are too small for the Western tourists.

I was hesitating at first, but my dad went so I tagged along. Compared to the first tunnel, this one was narrower that you need to crawl at some point. It was humid inside, and it smelled like mud, but the walls were cold. Along the middle of the tunnel, I felt the panic starting to form inside me that I already need to get out. Inside there were two ways, the longer one and the shorter one. I picked the shorter one.

The admiration I felt a few minutes before for the guerrillas switched to sadness. It was heartbreaking to think how they stayed and lived in this Chu Chi Tunnels for days or months to survive. They built dining, surgery and sleeping bunks in the underground to hide from the enemies.

After the underground experience, Pan led us to the different traps that the guerrillas made to eliminate the US forces. They had set numerous spike and bomb traps near the entrances and even inside the tunnels. They also used snakes, scorpions and other venomous insect/animals for the tunnel rats. Tunnel rats were the US soldiers in charge of searching and destroying Cu Chi Tunnel’s complexity.

It’s been 2 hours since we started and everyone was starting to get tired. Pan ushered us to a resting area with sweet potatoes in the table. He explained how these are one of the main food of the guerrillas since it’s widely available around Cu Chi Tunnels. It’s funny to see how the Filipinos are enjoying it for it’s a typical snack here in the Philippines too, while the Westerners leave theirs in the table.

After resting for a few minutes, at around quarter to 3 PM, Pan told us that the tour is done, and we are now heading back to the city. We passed by their souvenir shop on our way to the bus. The travel back took us almost an hour because of the traffic.

So is it worth it to avail Cu Chi Tunnel Tour in Klook?

Yes, the price is reasonable and will save you the hassle of commuting in a third world country. If you are a fan of taking your time in someplace and breathing all that it can offer, then this tour is perfect for you. The only downside is that they don’t provide any lunch so you’ll get hungry, especially if you’re a rice kind of person.

But if you are that “my-time-is-precious-there’s-still-so-many-places-to-see” traveler, then this is not for you. As contrary to what they offer, this tour did not take only a half-day. We got back to the city at 4 PM. My advice is to avail of the other tours of Klook where Cu Chi Tunnel Tour comes with the other tourist spots. With this, you’ll be able to maximize your travel time.

Have you ever crawled the underground tunnels of Cu Chi Tunnels? Or planning soon? Let’s talk or compare notes on the comment section below! 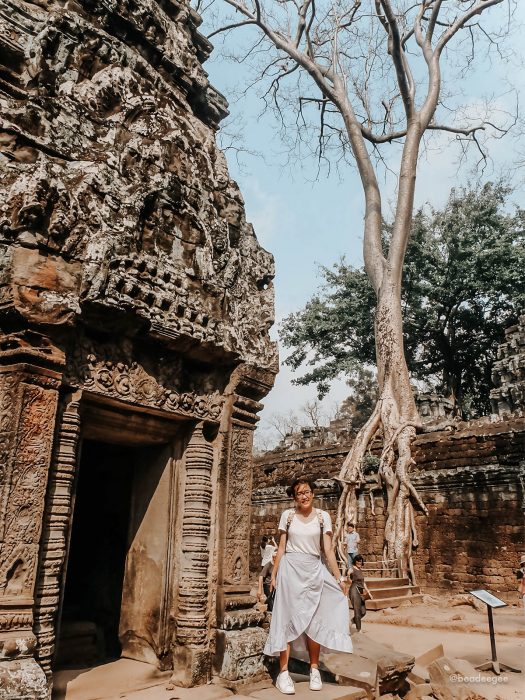 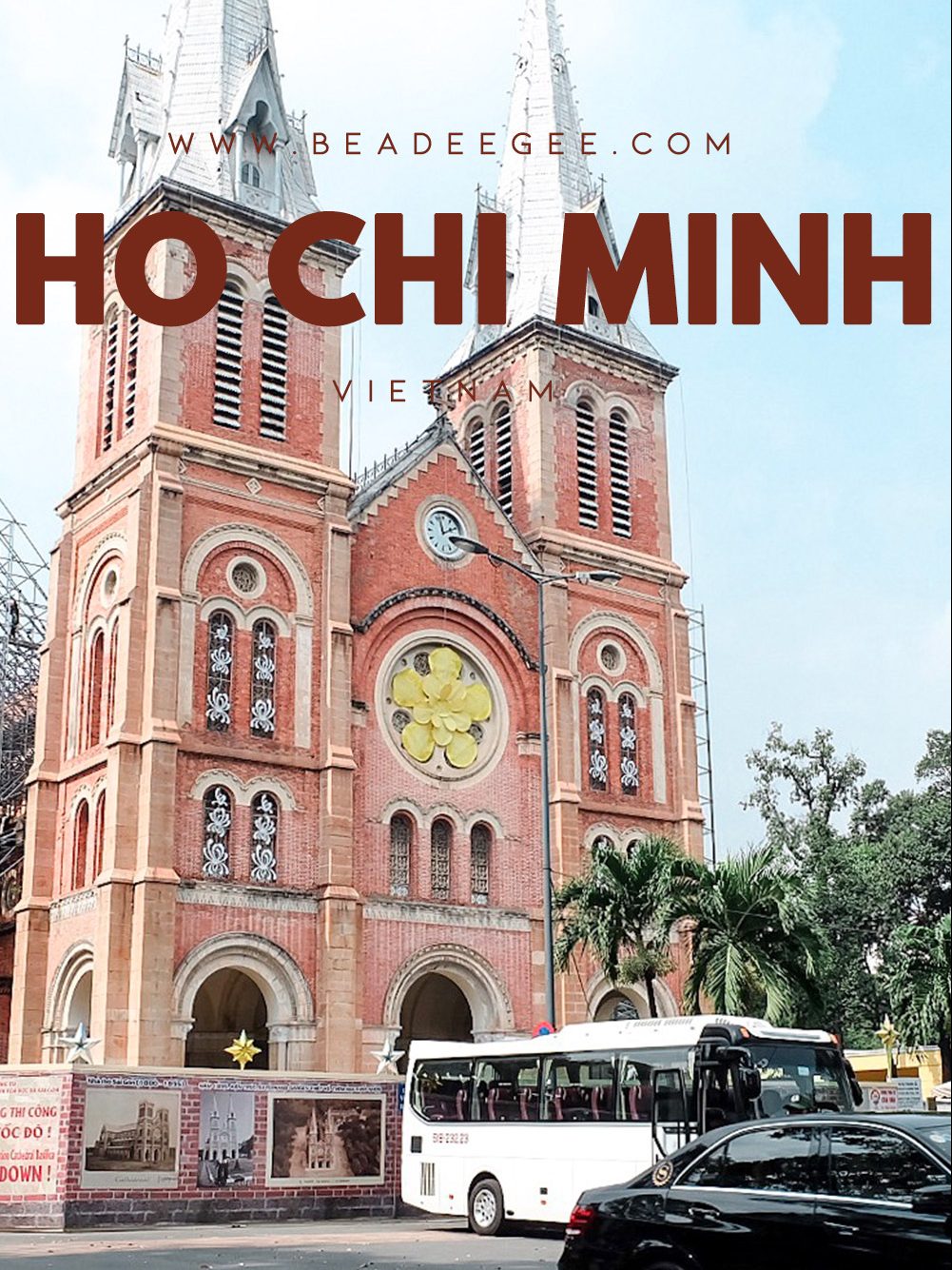