Manila, with its traffic, fast-paced lifestyle, and pollution, is suffocating. Then let’s add the stress and demands of your job in the equation, as well, which will result in an urge to run away. No, not from our responsibilities (I know it’s tempting at times, but we have to remember we’re broke) but to just run away for some fresh air and take a break from the adulting chaos.

That’s what happened on our last weekend of November. Paul and I decided that we were too consumed by work that we drove ourselves to Tanay, Rizal for a change of scene. We have always wanted to see the famous Daranak Falls of Tanay since the start of the year. It’s better late than never!

ARE YOU SEARCHING FOR MINI-ROADTRIPS? TRY READING MY RIZAL POSTS!

We were both from Rizal, so we didn’t have to endure the traffic eastbound. Daranak Falls is 57 kilometers away from Robinson’s Metroeast (our meetup point), and there are two major roads – Marcos Highway and Teresa Road – that connect Antipolo to Tanay. We took the zigzag path of Teresa as Waze suggested and we reached Daranak after an hour. The road to the falls was cemented, steep, and had some blind curves. The parking (30 PHP) was limited on the side of the end road.

Via commute:
Ride a UV Express in Starmall Shaw Terminal bound to Tanay. Alight at Tanay Public Market Transport Terminal and asked around for the Daranak Falls Tricycle Terminal.

Crazy things we did before chasing waterfalls

We were worried if there were restroom inside so we decided to wear our swimsuits under our clothes in the car already, in case you know, we wanted to swim. From the road, there was a registration booth where you need to pay a 50 PHP entrance fee and register your names. It turned out you can bring food and anything without corkage inside except for alcohols and plastics. We didn’t have anything on us, so we passed on getting a picnic shed or table.

There’s nothing much to hike since the path was already cemented. We crossed a bridge and saw a big store with sheds around. We still can’t hear the waterfalls from our position, so we thought it was still far and we’re already starving. SO WE ATE FIRST. (#sorryNotSorryFoodIsLife) I ordered liempo (130 PHP), and Paul got the hotdog + adobo (75 PHP). The vendor told us that we could sit by the shed even if we didn’t rent one as long as we bought it from the store. Our food took some time to be served, so we roamed around the area first.

At 10 am, there was no crowd. There were several sheds around, and there was only one big group. There were also dogs around who are friendly and harmless.

FINALLY, TIME FOR SOME WATERFALL

After lunch, we started our easy hike in the already paved path. There was a lovely arch entrance with a “We heart Daranak” sign on top and shell curtains draping down. From there, there was still no view of the falls, but the river water was so clear and blue that children were swimming in the shallow part. We continued walking, up and down the slippery steps, and got surprised that the falls were already around the corner. I was waiting for the sound of crashing water but turned out Daranak Falls was a little timid.

But what I didn’t expect was the Gatorade-like water. Our friends from Rizal would usually tell us that Daranak Falls was beautiful but ordinary and sometimes the water was brown. Seeing it made me felt like I was back in Kawasan Falls. There were only a few people swimming because, I guess, from the looks of the water and the November breeze, it was freezing. Just across the waterfall, there was a jumping point for the brave souls that the locals love using.

Daranak was too good that day, so Paul and I stared for it for a while until we decided to swim. It was the perfect break from the concrete jungle that we wanted.

Honestly, on our way to Daranak, we were undecided if we’ll swim, but when we saw the water, we agreed to make the most out of this mini trip of ours. We went back to the store, deposited our bag to a locker they’re offering for 50 PHP and brought another 50 PHP to rent a tire floater. With nothing on ourselves (since I forgot my go pro), we splashed by Daranak Falls November water and it was freezing!!!

DARANAK FALLS BUDGET (FOR BOTH OF US)

We went home at around 3:30 PM, happy with our little travel to escape the chaos in the city and work. And we can’t wait to discover more places in Rizal that we already have another Rizal road trip scheduled maybe in January 2019!

LOVE THIS ARTICLE? WANT TO GO TO DARANAK FALLS SOON? 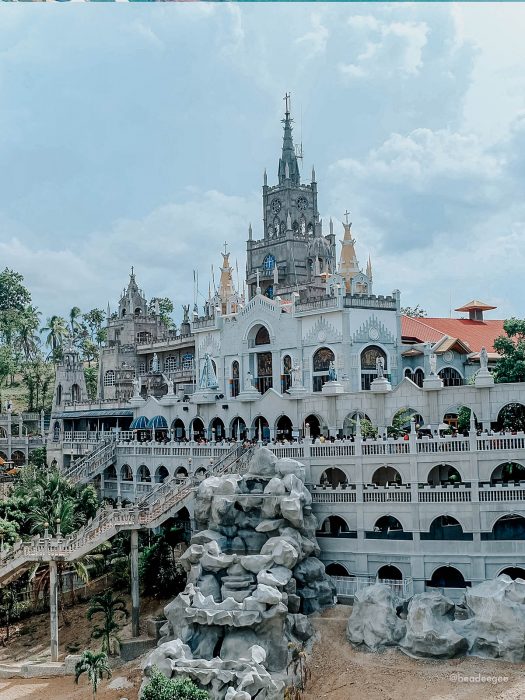 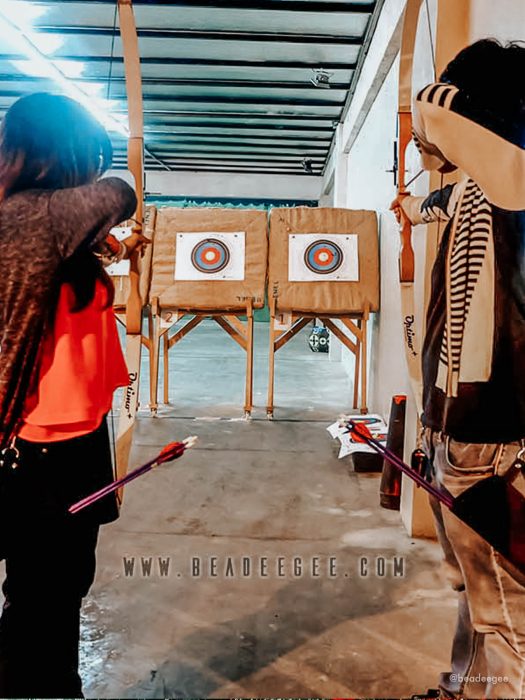 Unleashing our archer selves in Sagittarium for 99 pesos! 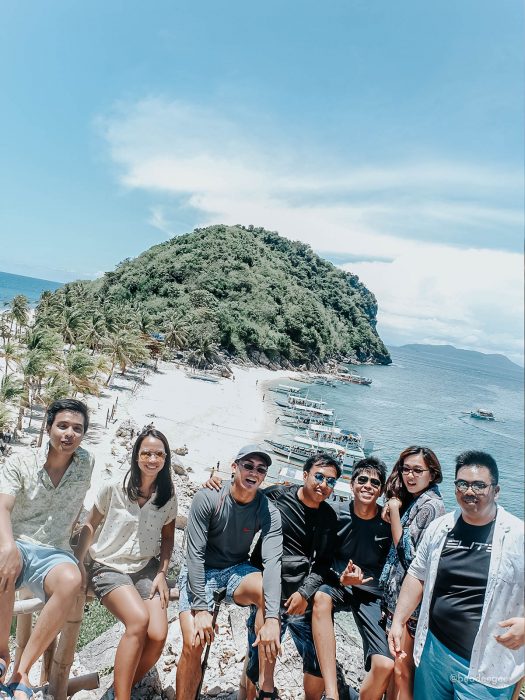 Experiencing Gigantes Group of Islands with a Joiners Tour for P999