Who’s better than you or your jowa? Find out in Puzzled PH!

And by better, I mean who’s a better problem solver and logical thinker between you and your significant other. I know that LOVE is all about teamwork and solving all trials that will come to your way together. But wouldn’t it be nice to be competing against each other once in a while? So when jowa and I found out about Puzzled PH, an indoor playground consists of series of puzzles to solve, we gave it a try to find out once and for all who is a better player. Obviously, guys, you have to put your bet on me. 😉

Puzzled PH just opened last October 20 and I only saw them on Facebook. There’s an uploaded teaser video on their page showing series puzzles you’ll be solving. And I’ve always been a fan of logical games. So from the east, we drove all the way to Pasay, just near MRT Taft Station. It is in the roof deck of PHASES Building which you can search on Waze. The only challenge is the parking space so I think it’s better to take an Uber or the MRT.

She welcomes us with her ball of happy energy and excitement for you to experience her passion project. It is so contagious that I already wanted to kick Paul’s as$ on this game.

Before we can enter the playground, we first watched a video orientation on how the game works, the objective of the game and rules to follow. So all we have to do is solve each puzzle that will give us a key with the clue where to go next. This keys will help us unlock the stairs to the mezzanine area where the flag is.

A few minutes after, we stood up because we are ready for the game. Kaye deposited my bag in the locker and we are led to our corresponding door.

Time starts. Doors open. We have a game master each to guide us to Stage 1 Puzzle.

I saw this life-size Tetris pieces scattered on the floor. I have to fit them all together to make a cube with the right patterns. AH! I love Tetris and Rubik’s cube. This is definitely my stage. I started building this big cube with its big pieces in different shapes. I have my technique so all I have to think about is how this is a good arm workout and my trash talking.

I finished Stage 1 easy and way faster than Paul. I even asked my game master to take some of my photos (for the blog haha). But what I didn’t know is that Stage 2 Puzzle ain’t on my side.

In this stage, you need to move the gold bar to the hole in the upper part of the case by strategically moving the other bars inside the case. I don’t have any strategy for this and I just move the bars according to how I feel like it. And I tell you, that is a bad strategy. Paul was able to catch up from Stage 1 AND SOLVE it as well as I’m stuck with it.

I still don’t know how it happened but I was able to finish Stage 2 and Paul is already finishing Stage 3. Good thing, Stage 3 is easy! There’s this pyramid that you can separate into 5 parts. You just need to transfer the pyramid on the other side by just moving one part at a time, the big parts must be below the small parts always.

I was able to do it fast because I got the technique. I also got a bonus 5-minute arm and leg workout.

Stage 4 is interesting. It is a lifesize pinball maze. The goal is to lead the ball into the right path in the maze. The first part is easy but the second part is challenging. I was able to catch up with Paul too but he managed to solve it first. There’s this one hard step after the checkpoint that I can’t do. But I tried to focus and do everything slowly but surely until the ball reached the finishing hole.

This puzzle will be a lot easy if you are in a group because the whole thing is heavy after some time. Nevertheless, this is my favorite.

STAGE 4 LEADING: Still Boyfriend!! Keep your faith on me, guys.

Now on Stage 5, I need to knock on my sleeping brain cells since I’ll be needing them to be active this round. There are two pieces of paper with riddles in it and the answers are drawn in the blocks. Obviously, you need to balance the big scale by grouping the blocks right.

I was so confident that I’ll be able to beat Paul here because I’m a fan of riddles and tricky questions. But sadly, I made one mistake that made him finish first.

STAGE 5 LEADING: Boyfriend. Please don’t give up on me yet.

I’m still on Stage 5 when I can hear buzzer sounds and Paul’s rants, “Luge ang pasmado dito.” My trash talks are back because I knew that I still have a chance since he has sweaty palms. The puzzle, of course, is the famous wire loop game where you need to go through a loop with the probe not touching it.  I was able to catch up with him at this stage. I have steady hands I’m sure.

STAGE 6 LEADING: Boyfriend but just for a few minutes. AHA!

Stage 7 is where Paul and I have a close fight. I don’t have any photo of it so I’ll be sharing a cute photo of mine instead. HAHA! I don’t want to spoil the puzzle for you guys but it is just a simple but tricky instruction. Good thing, I play those Stupid test app on my phone. I got it before Paul but he managed to make his common sense work a few minutes after.

Since we are closing to the end and it’s a close fight, I unleash my 100% game face on. After solving all the 7 stages, I have 7 keys on hand that will unlock the staircase to the flag.

Then after unlocking the stair steps, you need to find its perfect match on the stair frame. I focus on the patterns and it can be quite tricky, I tell you, especially if you are under pressure. My game master keeps reminding me that if it doesn’t fit then move on to another piece. You can’t force things here (and in real life as well).

In the mezzanine area, there’s the last puzzle you need to solve. There’s a set of logic questions and the answers are in the chest. You need to get everything right in order to pull out the sword above. And that sword is needed to be place in that lamp-like thing to release the flag. The first to release it, is the winner.

It was a close fight between Paul and I. It all boils down in this last stage. Any guesses who won? Who do you think is better in logic questions?

To all those who believe in me since Stage 1, I told you I won’t let you down. 😉

But as Kaye said, I might have won but love prevailed. We had a great time (and workout as well since I’m sweating much) and a unique date experience. I also earned something to boast in this relationship until the end of this year. AHA!

So to all couples who wanted to try this new date to do, here are some of the details:

How to go to Puzzled PH?

via commute: You can ride the MRT-3 and LRT-1. Alight to Taft Station (MRT-3) or EDSA Station (LRT-1). You can walk your way to P. Zamora Street. Just keep an eye for Phases Building.

via driving: You can waze Phases building but you can take EDSA and turn right on P. Zamora Street, a street before Taft. Make sure you are in the southbound lane.

P300 per player but Puzzled PH is offering an opening rate until December 2017 for P210/player only. What are you waiting for?

How many can play?

It can be a date or group date. I’m thinking of going back and bringing my friends. Imagine the riot and trash talks.

What time should we go?

It will be best to reserve in advance thru their FB page. We went on a Saturday afternoon around 4 PM. The place is an open roof deck and the weather is somehow cool around 4 PM.

Please bring extra clothes since you’ll be sweaty after the game. And some extra brain cells too. 🙂

So, what do you think of this new place? Will you give it a try? Let’s talk on the comment section below.

Up in the sky! 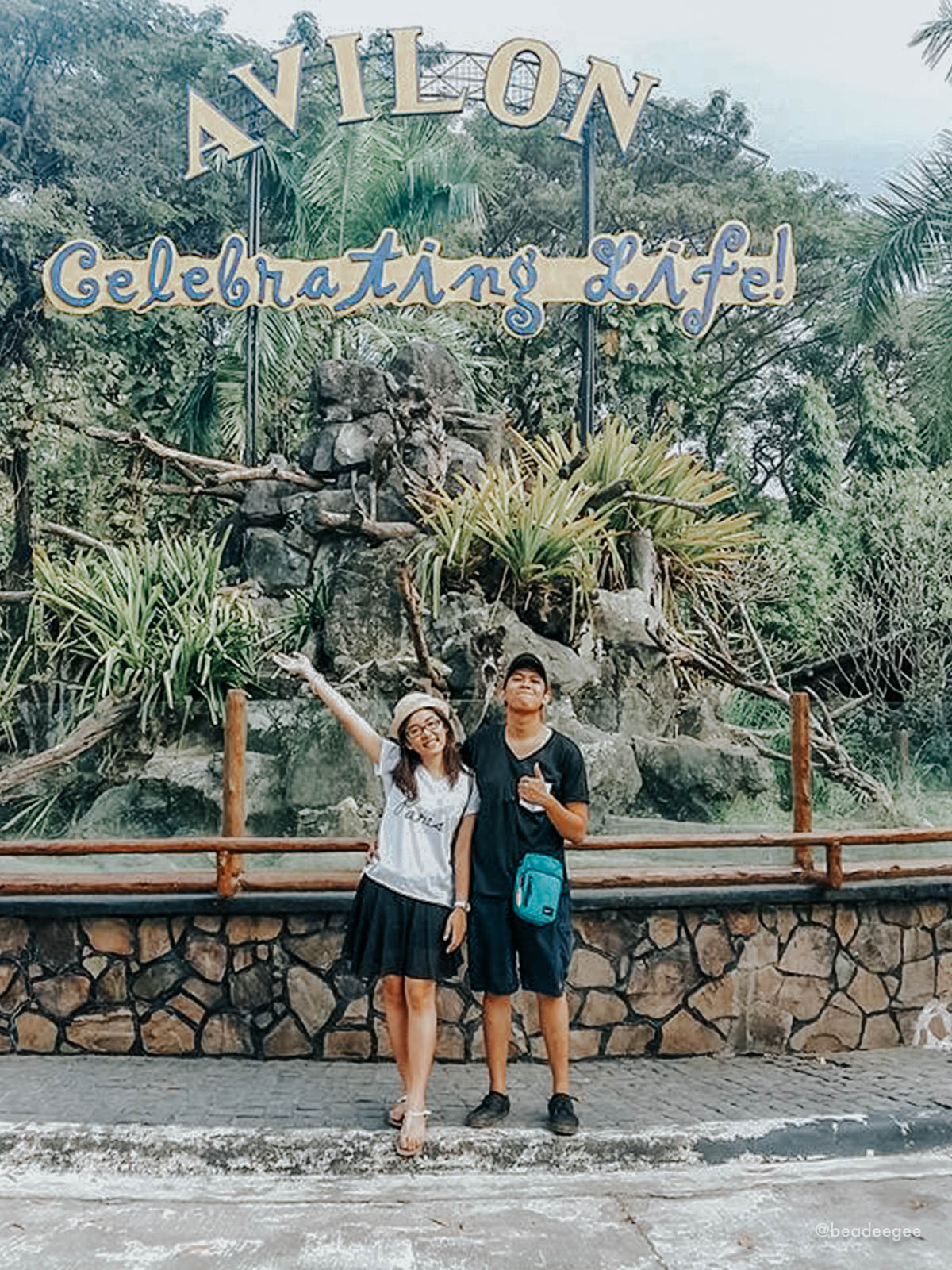 Avilon Zoo: A Awesome Weekend at a zoo in Montalban, Rizal 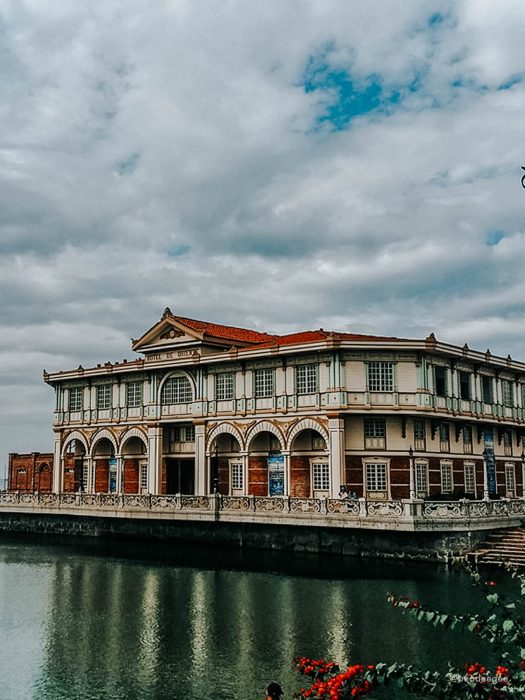 A Trip in the Past in Las Casas Filipinas de Acuzar, Bataan