We added Petite France on our Seoul Searching Itinerary because of the Korean drama My Love from Another Star that we watched as a family during the Holy Week two months ago. It was just one bus away from Nami Island, has Little Prince attractions, and famous for its colorful French village. It was an instant YES for me!

HOW TO GO TO PETITE FRANCE

Petite France was one of the bus stops of the Gapyeong shuttle bus. We availed the One-day bus pass for 5,000 Korean won, for we planned to visit Nami Island and Petite France in one day. We took the 14:15 bus from Nami Island stop and reached Petite France at 14:40. The shuttle bus was a lot cheaper than taking the taxi, but since buses travel just very hour, it tends to be overcrowded inside.

We got to the Nami Island bus stop at precisely 14:15 because we didn’t expect that it will have a queue. We were the last one to board, and we were already on standing near the driver and bus door. It was an uncomfortable standing ride since many sharp turns can set your balance off. But if you’re an MRT user in Manila, then this is nothing for you.

So if you’re with your boomer parents, I advised going to the stop at least 15 minutes before the scheduled time.

HOW MUCH IS PETITE FRANCE’S ENTRANCE FEE

Upon the entrance, we were greeted by a small open amphitheater with the colorful houses as background. The amphitheater was where the marionette shows happened but unluckily, we didn’t witness the whole afternoon we were there. Of course, we didn’t miss taking photos with their iconic colorful houses with brick roofs. This was the famous spot that was shown in the Korean drama.

My parents wanted to have some snacks first before we roam around so we went straight to their cafes. We passed by a cute pink miniature Eiffel Tower on our way and, again, houses in brick roofs. These ones were already not colorful but will remind you of French vibes.

We saw a cafe that offers Korean ice creams and waffles and decided to just have that for some sugar rush.

From the cafe, we noticed the French-inspired observatory tower that seems to be the end of Petite France’s one side. We decided to start on the Bridgeway path called Pond de Fabre beside the tower. It led us up on the topmost part of the colorful French houses in the entrance.

The upper part of Petite France was still under expansion construction, so we explored the colorful buildings one by one until we reach the amphitheater again. We saw a museum, a gift, and antique shops, a classic mini plaza, a bell tower of love, and an area dedicated to Little Prince. I loved the book when I was in high school, so I enjoyed that part the most.

Basically, we just took photos because that’s what we can only do. We also started our ritual travel video. The place was all just for Instagram but if you are already in Nami Island, it wouldn’t hurt to stop by Petite France too. 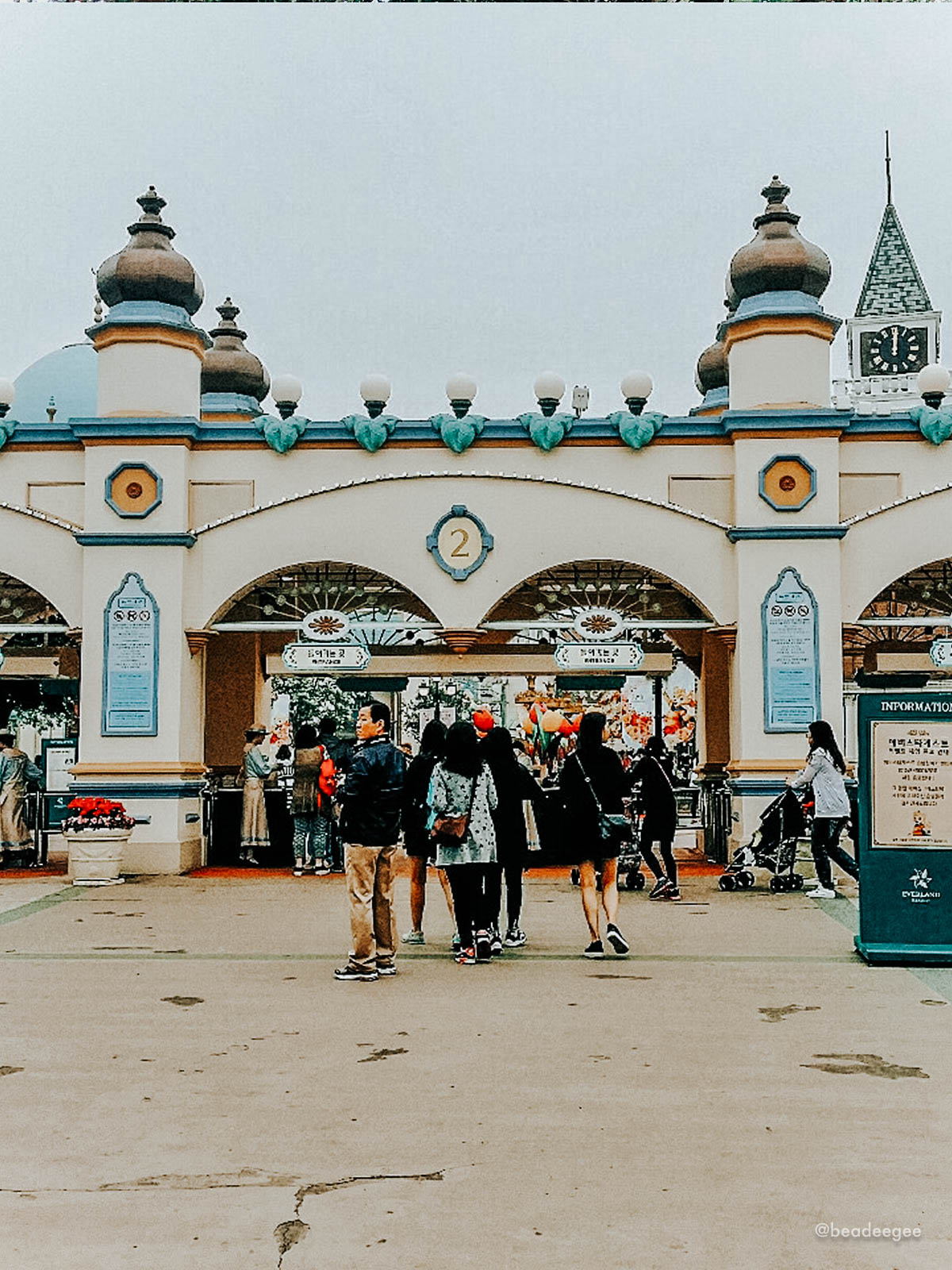 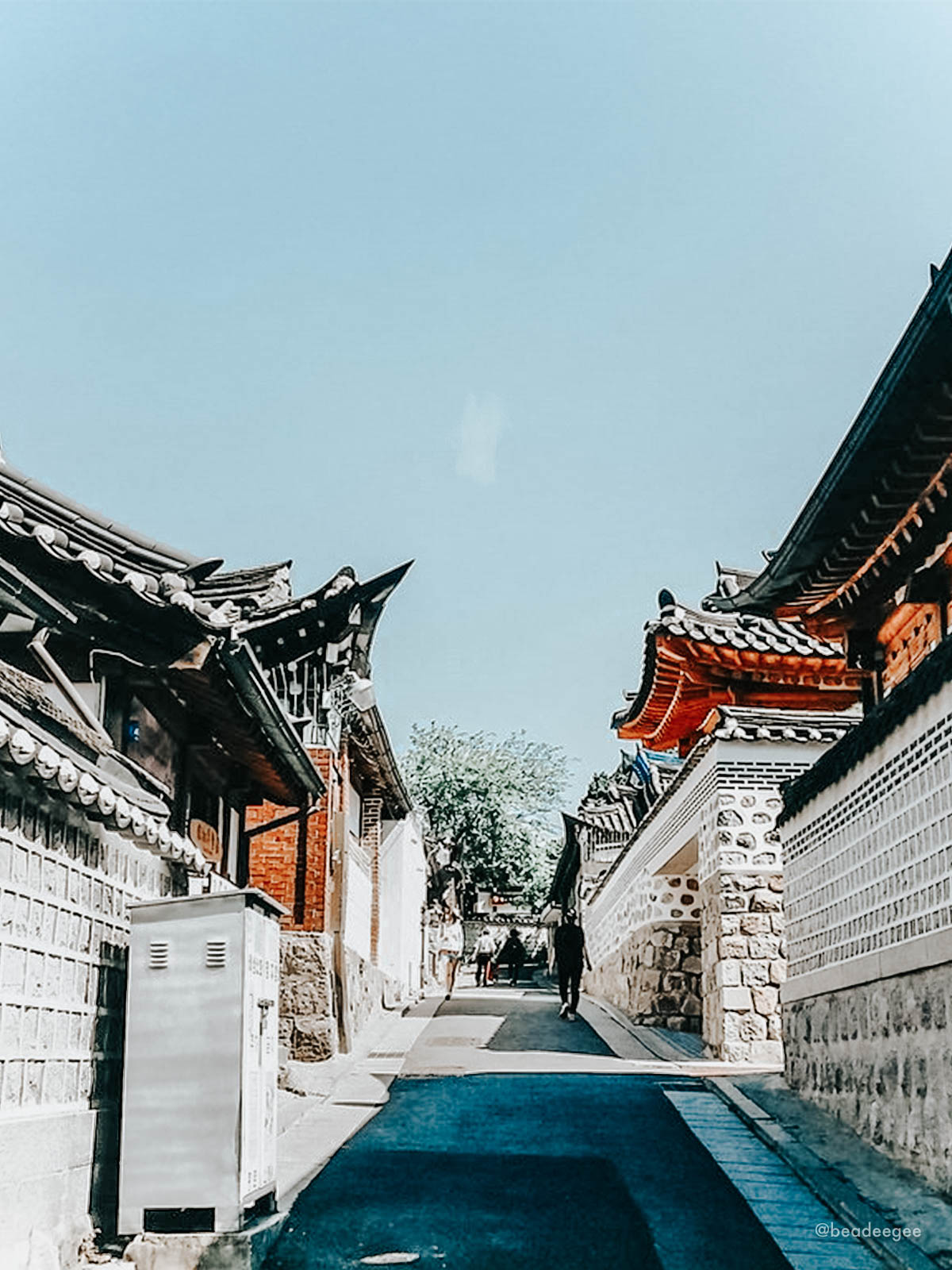 Bukchon Hanok: A Quick Walk to this Traditional Village in the Heart of Seoul