On the first day of our Seoul Searching tour, we decided to visit the two main palaces in Seoul- Gyeongbokgung and Changdeokgung Palace. It is because they hold the history and heart of Seoul, and if you want to explore something, you have to start in the heart, right? What we didn’t know is that doing both these palaces in a day would mean dead tired feet on our first day. It even made my sister cried because she wore heeled boots. HAHAHAHA!

HOW TO GO TO THESE PALACES IN SEOUL

The nearest train station in Changdeokgung Palace is Anguk Station in Line 3, Exit 3, while it is Gyeongbokgung Station, also in Line 3 Exit 5 with Gyeongbokgung Palace. If you’re staying near like Myeongdong, Seoul Station, or Dongdaemun, train fare is just 1,050 Korean won. The palaces are within walking distance to each other.

Changdeokgung Palace as early as 8 am

We did Changdeokgung first and arrived as early as 8 am in the palace. It opens at 9 am so we still have time for breakfast. Most of the cafes near the Seoul palaces were still closed early in the morning, so we settled for some noodles in a convenience store nearby. Koreans don’t seem to start their day early.

Changdeokgung was called the East Palace, for it was on the east side of Gyeongbokgung Palace, which was the main palace of the Joseon Dynasty. It was the second palace built in Seoul, which was mainly because of the reason that one king doesn’t want to reside in Gyeongbokgung after killing his rival to the throne half-brothers there. Game of Thrones seemed real during Joseon Dynasty!

We were able to roam around the different halls of the palace in just an hour. The palace was not that big. And despite that this palace was burned down during the Japanese invasion; they rebuilt it based on the traditional and intricate design and architecture.

The Secret Garden English tour has only two schedules in a day. We joined the first one at 10:15 AM. Unlike in the Changdeokgung palace, you can’t roam around Secret Garden by yourself.

We were joined by a pretty Korean tour guide with her cute English accent and felt like a hundred other tourists on the tour. They only cater English, Japanese, and Chinese walking tours so most of the tourists were on the English tour. It was a big group so there will be times that you won’t hear what your tour guide is saying. It is better to stick by his/her side.

It’s called Secret Garden (Huwon) because before the place was solely only for the king or whoever he invites. It felt like the garden was larger than the palace itself. Since we went in May, the dominant color was green. It was said to be prettier at cherry blossom and autumn foliage seasons.

The Secret Garden’s serenity and beauty were worth seeing but it will truly test your cardio. The tour took almost an hour where most of it you need to walk uphill. Our feet after this tour were already nearing its limit.

Gyeongbokgung Palace: Our Second Palace of the Day

After we recharged our tummies and feet in the Mcdonalds near Anguk Station, we walked our way already to the Gyeongbokgung Palace. The entrance fee costs 3,000 Korean won for an adult.

Gyeongbokgung Palace was the first and biggest among the other five palaces in Seoul. Just the entrance itself showed how significantly larger it was compared to Changdeokgung Palace. And since it was a Sunday afternoon, there were like thousands of tourists in the area.

We entered through the big Gwanghwamun Gate that separates the traditional palace from the modern city. After that, we still passed through two inner gates before we finally reached the throne hall.


I didn’t expect for the throne hall to be so big in person since it looked small in photos. You can only look inside the building through a window and the amount of gold inside was unbelievable.  Even the intricate design in the ceiling was in gold.

Surrounding the throne was different halls and residence of the royal family. Behind the throne hall were the halls used as the executive offices of the king, while in the left was the beautiful banquet hall, which was my favorite among all.

The palace remained beautiful despite thousands of tourists. There were Korean girls and couples in their hanboks walking around and taking photos. It turned out that when you’re in hanbok, the entrance fee will be waived on all palaces in Seoul. So if ever I’ll return here someday, I’ll make sure to go in hanboks.

We decided to walk deep more in the Gyeongbokgung Palace, and we saw more halls with the same architecture and designs, a gazebo, an area with so many clay pots, and a clear view of the mountain behind the palace. The path seemed endless that we were already stopping every 10 minutes to rest our feet. We didn’t reach the end of it. Are there even tourists who were able to see all the corners of this enormous palace?

Koreans have preserved their history despite the vast technology present. They were even one of the great contributors to innovations and technology now. It was overwhelming and heartwarming to see that in the middle of Seoul City, despite the advance and tall buildings, there were traditional palaces, still looking good as new. They took excellent care of their city’s heart.

SO DO I RECOMMEND SEEING BOTH PALACES IN A DAY?

Yes, you still can do both palaces in Seoul in a day, BUT only see the main halls. Don’t try to see everything these two palaces can offer, for they are both vast, and you’ll only tire yourself. The architecture and design are the same anyway, so after some time, all the halls will look the same to you.

I recommend just to see the Changdeokgung Palace, and skip the Secret Garden Tour or come back for it on another day. Then in Gyeongbokgung Palace, just walk until behind the throne hall and never ever miss the gorgeous banquet hall. 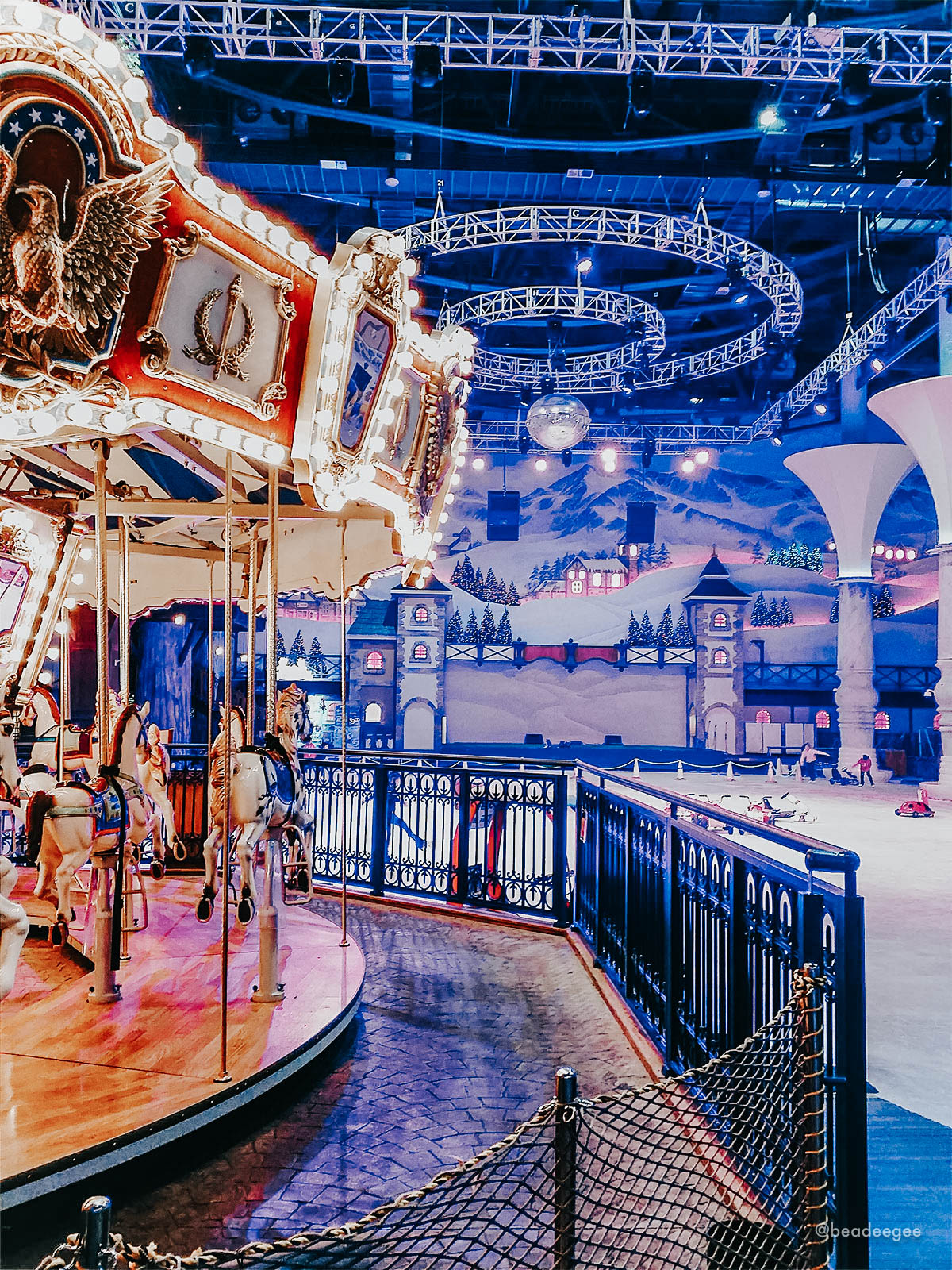 One Mount Seoul: Is the Snow Park Experience Worth It? 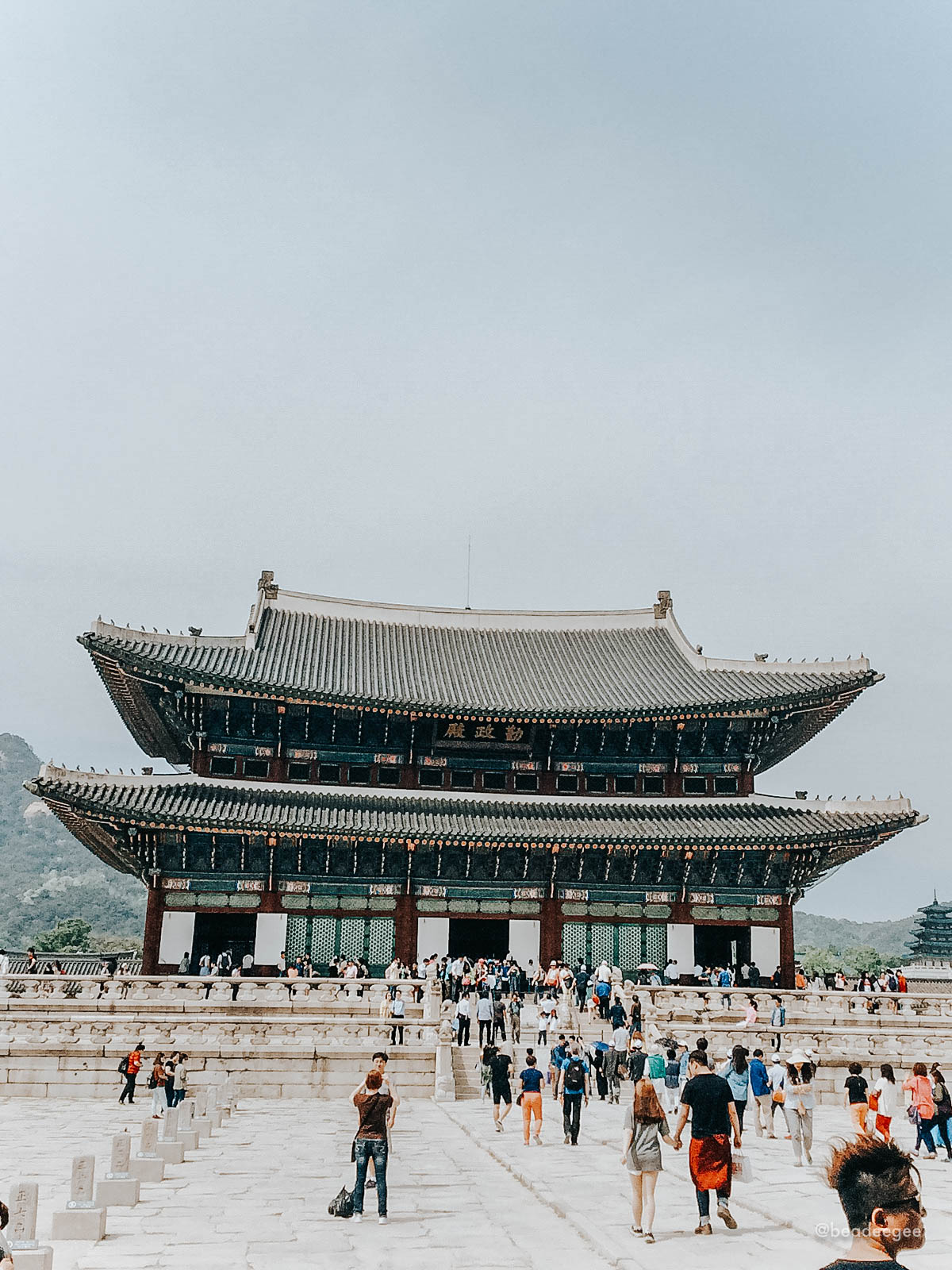 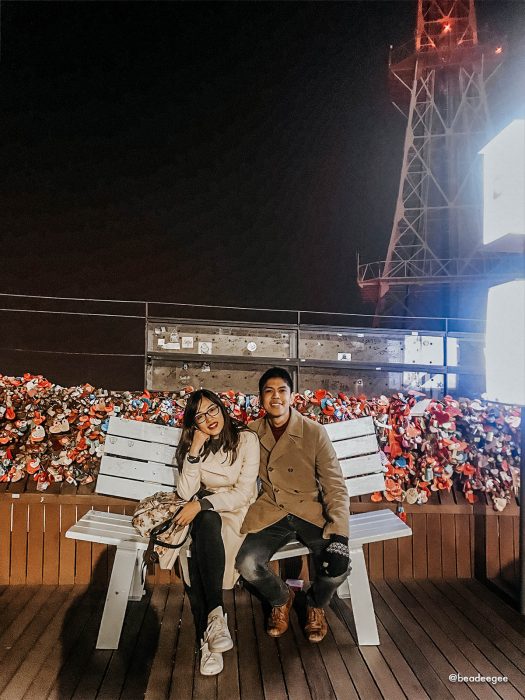 N Seoul Tower Lovelocks: My own K-drama moment out of the screen